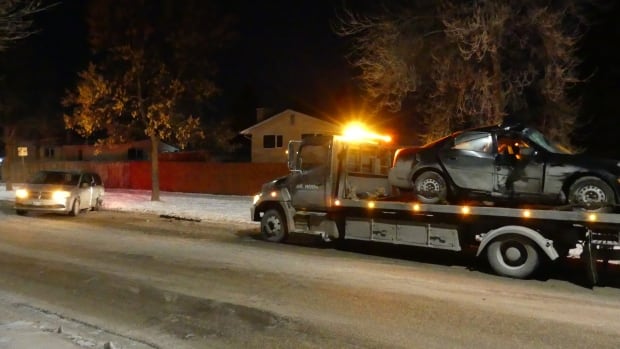 A person was taken to hospital in unstable condition after a van and a car crashed in Winnipeg’s Southdale neighbourhood on Friday night.

The Winnipeg Fire Paramedic Service was called to the area of Beaverhill Boulevard and Edgewater Drive shortly after 7:30 p.m., according to a City of Winnipeg spokesperson.

Winnipeg Police Service cadets were still in the area two hours later, directing traffic away from the collision site.

CBC News has reached out to police and the City of Winnipeg for more information and an update on the status of the person in hospital.