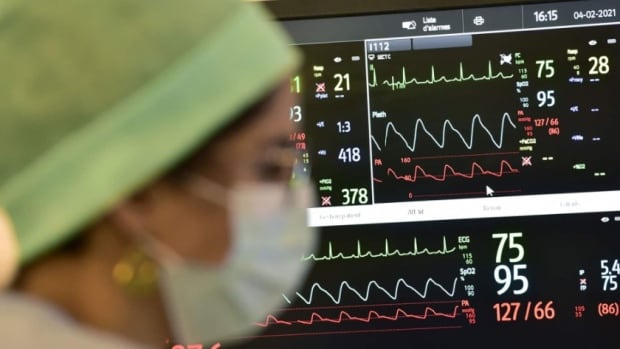 There are 76 new cases of COVID-19 and one more death in Manitoba on Wednesday.

The death is a man in his 80s from the Winnipeg health region, linked to the outbreak at St. Boniface Hospital Unit 5B.

That outbreak and one at Pembina Manitou Health Centre and Personal Care Home in Manitou have now been declared over.

But new outbreaks have been declared at Valleyview Care Centre Long Term Care Home in Brandon and Health Science Centre GA5 and St. Boniface Hospital Unit A6 South, both in Winnipeg.

Those three facilities have been moved to the red or critical level of the province’s pandemic response system.

As it has for several days, the Northern Health Region has more than half of the new cases, with 44.

The total number of COVID-related deaths in Manitoba since the pandemic began is now 876.

The current five-day COVID-19 test positivity rate for the province remains where it was on Tuesday, at 5.9 per cent. It has dipped slightly in Winnipeg to 4.3 per cent (from 4.5 per cent on Tuesday).

There are 231 COVID-19 patients in hospital in Manitoba, including 28 in intensive care. Both numbers are up marginally from Tuesday, when they were 230 and 26, respectively.