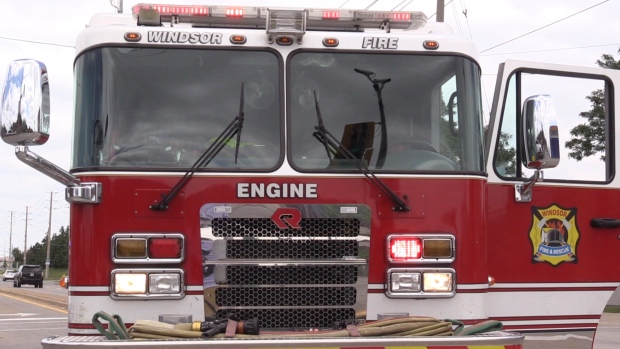 LONDON, ONT — An investigator has been called in following an early morning house fire along Campbell Avenue.

Fire crews were called to the 900 Block of Campbell Avenue sometime before 4:30 a.m. for a reported house fire.

Within 20 minutes the fire was reported to be out and crews were performing an overhaul of the scene.

No injuries have been reported in the fire.

Campbell fire WFRS investigator attending the scene to determine origin and cause of the fire. *JL

An investigator has been called in to determine the cause and origin of the fire.

A damage estimate has not been released as of 6 a.m.