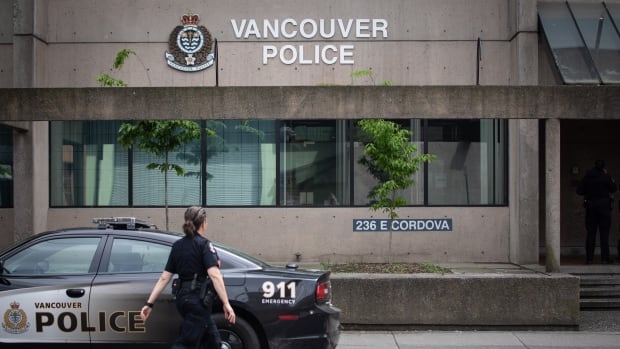 The amount of money being given to police and fire departments in British Columbia isn’t just going up — it’s taking up a greater share of city budgets.

Approximately $2.2 billion of local budgets went to “protective services” in 2018, accounting for 25.1 per cent of total municipal spending.

That’s up from $1.1 billion in 2005 or 21 per cent of funds. Of B.C.’s 33 communities with more than 20,000 people, 30 of them saw an increase in the share of municipal money going to protective services — of which the majority is taken by the police.

Gordon said there were a number of reasons why budgets have gone up in the last 15 years, from new equipment, new collective agreements, further specialization of departments, and a number of small “balkanized” police forces within Metro Vancouver and the Lower Mainland stemming from a lack of amalgamation.

“Translating that into budget implications, in the police context, is not straightforward.”

What does a police board do?

Across North America, there are calls to decrease police budgets sparked by the killing last month of George Floyd, an unarmed Black man, by a local police officer in Minneapolis, Minn.

But another factor complicating immediate action in B.C. is the time of the year

Municipalities must set their budgets by the end of April of each year. After that, they’re effectively locked in for the next 12 months. Local police forces are insulated from mid-year budget changes through independent police boards.

There’s nothing in the province’s Police Act that gives councils direction over police boards outside the yearly budget process.

“You must ensure that a council doesn’t have an ability to say ‘do this, do this, do this,’ ” said Coun. Lois Jackson of Delta, who chaired the Delta Police Board for 19 years when she was the city’s mayor.

“But it’s a tricky balance because the taxpayer is of course paying the bill … the police board is trying to keep the local police out of any politics or punitive position from any single person.”

Jackson said what’s happening in the United States is “shattering to me,” but said the 31 per cent of Delta’s budget put toward protective services — the fourth highest in the province — is acceptable.

“In our community we have been very fortunate and while I was there we adopted the policy of ‘no call too small,’ ” she said.

No big changes until next budget

Vancouver Mayor Kennedy Stewart will be presenting a plan at a press conference Thursday, and Victoria Mayor Lisa Helps brought forward a motion at Tuesday night’s police board meeting to make incremental steps as well.

The motion, which passed, allows members of the Greater Victoria Police Diversity Committee to present ideas to improve the department, along with finding out whether the racial and gender composition of the force matches the general population and whether officers are receiving anti-racism and de-escalation training.

However, she also believes the best time to address the police budget is during the yearly process taken by council in the fall and winter months.

“We’ll look at the budget as we always do … but this an opportunity I think for all of us in Victoria to have conversations, particularly for those of us who have white skin and therefore the privilege that comes with it,” she said.

And Helps also said that if cities in B.C. are going to move municipal funding away from policing which is a local responsibility and toward mental health which is a provincial responsibility, they likely would need more support from higher levels of government.

“There’s going to need to be kind of a new fiscal framework set in place in order to achieve what people who are calling for defunding the police want,” said Helps.