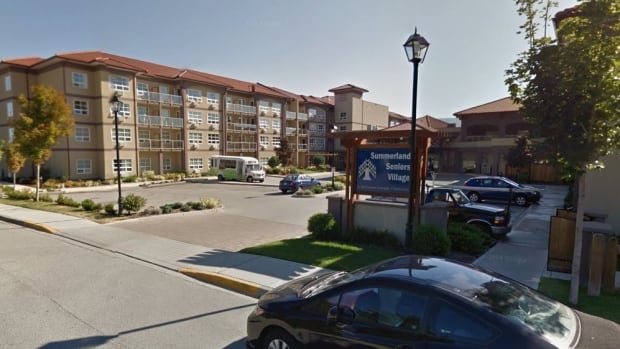 A seniors facility in the Okanagan town of Summerland is the fourth in B.C. to be taken over by the local health authority after failing to meet the standards of care.

For the next six months Summerland Seniors Village, privately owned and operated by Retirement Concepts which is owned by Chinese company Anbang, will be run by an administrator appointed by Interior Health.

Over the past year, Interior Health staff have visited the facility and found numerous infractions in areas including nutrition, care planning and hygiene.

Interior Health chief medical officer Dr. Sue Pollock said that despite efforts to get the facility to comply with standards of care, the operator was still not meeting those standards.

“Our concern was that the response and the actions weren’t timely enough and we were not wanting to increase the risk to residents,” he said. “So therefore we activated, quickly, an administrator to ensure we can get the day-to-day site operations on track.”

“Our No. 1 utmost concern is ensure the residents receive quality [of care],” Letwin said.

Issues at other facilities

Facilities owned by Retirement Concepts in Victoria, Nanaimo and Comox are also being run by the local health authority.

“I can’t tell you how disappointing this is,” B.C. Minister of Health Adrian Dix said.

Dix said the ministry would like to speak to Retirement Concepts “as soon as possible.”

“It’s unacceptable to me and we’re doing what we have to do which is to intervene and run all four [facilities],” Dix said. “It’s time, I think, for us to expect more out of one of the largest contractors in health care in the province.”

Retirement Concepts owns and operates two other facilities in B.C.’s Interior: Kamloops Seniors Village and Williams Lake Seniors Village. Interior Health does not have similar concerns with those facilities.

In total, Retirement Concepts operates 17 facilities in B.C., two in Alberta and one in Quebec.

CBC has requested comment from Retirement Concepts. The company has yet to respond.