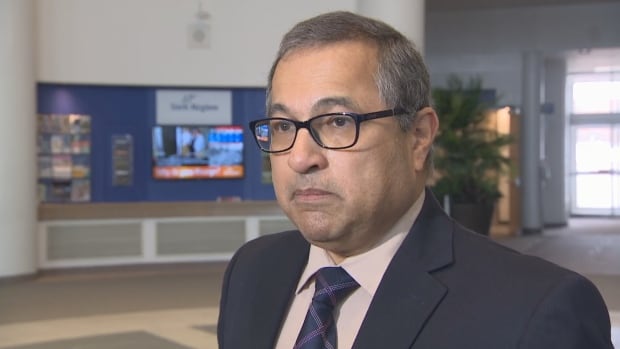 A day after the top doctors for two of the three regions in Ontario hardest hit by COVID-19 called on the province to extend lockdowns in their regions to bring the virus further under control, York Region’s medical officer of health is calling for the opposite.

But in a statement Thursday morning, Dr. Karim Kurji says he has recommended the province let York Region re-enter Ontario’s colour-coded system, coming out of lockdown and going instead into the red-control zone.

“We understand our neighbouring public health units have their own separate set of challenges and I respect their assessments,” Kurji said.

“We prefer to look at the whole community as our patient,” he said, adding “it is clear businesses are suffering greatly and with that comes loss of jobs and incomes, an important social determinant of health.”

Kurji says his recommendation factors in York Region’s incidence rates, which he says are beginning to plateau, as well as a drop in outbreaks at long-term care homes and hospitalizations. Still, he acknowledges the region’s hospitals are “quite pressurized” and also taking patients from across the province.

If approved, the impact York’s reopening could have on the case counts in neighbouring Toronto and Peel Region remains to be seen.

Kurji’s statement doesn’t address the possible impacts of inter-regional travel on York’s hospital capacity. Nor does it acknowledge the potential for residents of those regions coming into York Region to access non-essential retail, indoor dining or religious spaces.

The recommendation comes despite York Region having 258 variant of concern cases, 62 of which are currently active, with seven people hospitalized as a result and one dead.

Still, the statement says, the region is “not seeing explosive growth at this point” and has “a reasonable handle on these cases.”

“With enhanced restrictions in the Red-Control Zone, along with our strategies for aggressive case and contact investigation and enforcement, we can keep this in check,” Kurji said in the statement.

Nevertheless, it acknowledges, officials have noticed some “underground activity” contributing to transmission of the virus, such as personal services being offered out of people’s homes, such as aesthetic services.

With more access to vaccines on the horizon, the hope is that there will be fewer hospitalizations and fewer deaths.

“We are hopeful for the future,” Kurji said.