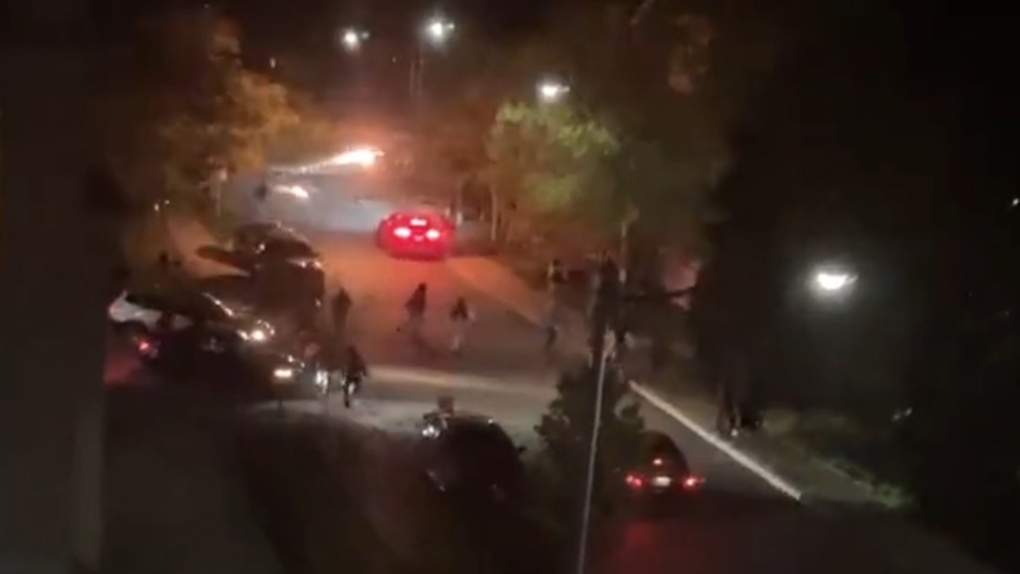 Police are investigating three separate violence incidents as well as a number of instances of people discharging fireworks at each other and at police in the Woodbine Beach area on Sunday night, and are taking extra precautions as a park nearby is set to host a fireworks display on Monday.

A CP24 reporter at the beach on Sunday night witnessed several incidents involving people firing fireworks from cars at people and other vehicles.

They said the area was so chaotic they could not set up a tripod and begin a broadcast.

During the course of Sunday night, emergency crews were called two shootings and a stabbing in the Woodbine Beach area.

One shooting victim was located at the scene while a second made their own way to hospital.

Investigators say they are not sure if any of the incidents are related to one another.

Toronto police told CP24 they are investigating several incidents they’ve been made aware of from Sunday, but couldn’t comment specifically on any instance until they obtain more information.

On Monday, police said they will be at the scene with municipal bylaw enforcement officers to patrol the area.

Monday’s fireworks will be set off nearby Ashbridges Bay Park at 10 p.m.