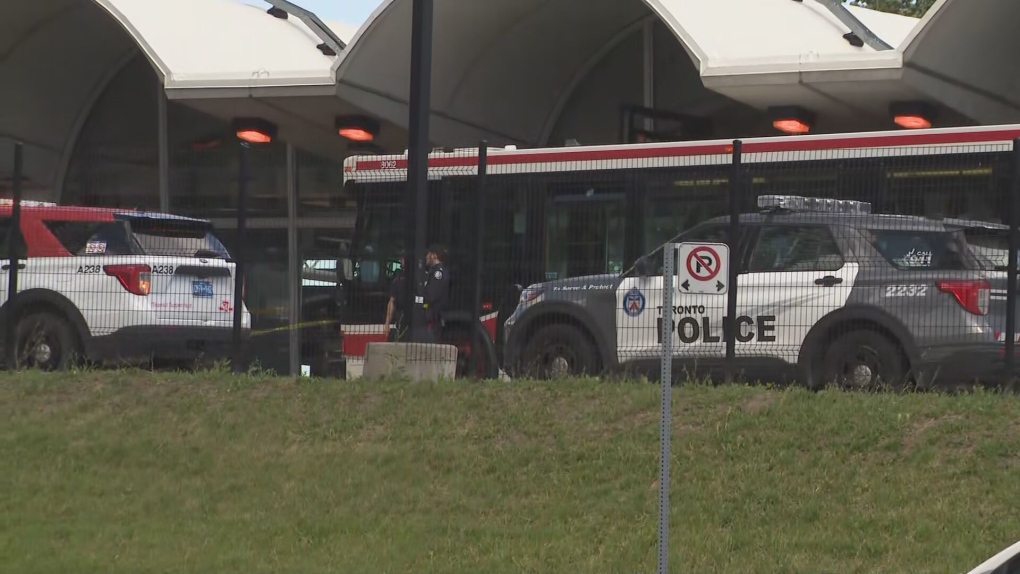 One person is in custody after a female victim was set on fire at a Toronto transit station early Friday afternoon.

Police say they were originally called to Kipling Station, near Kipling Avenue and Dundas Street, around 12:30 p.m. after receiving a report of a man assaulting a woman nearby.

According to investigators, a male poured a liquid substance on a female and then ignited it.

TTC emloyees, as well as citizens nearby, helped the victim and she was rushed to hospital by emergency run.

A suspect has been taken into custody in connection with the incident.

TTC CEO Rick Leary told CP24 Friday afternoon that the attack occured on a bus and not at track level. Service on Line 2 between Kipling and Islington stations was suspended while police conducted their investigation.

“I can tell you it was TTC employees who responded right there at the incident and were able to help police catch the suspect,” he said.

In an earlier statement, Leary said he was “shocked” by the attack that took place at Kipling Station.

“Our thoughts are with the victim for a full recovery,” he said. “I know incidents like this are concerning for customers – and I share that concern.”

“Safety is paramount to all we do and I am committed to ensuring the TTC remains as safe as possible.”

Leary went on to say that while the TTC provides transit to millions of customers every year without incident, they “cannot and do not take that for granted.”

He said that special constables are strategically patrolling the transit system to deter and respond to security incidents and the agency is working with Toronto police to increase their presence.

Back in April, police said they would be increasing their visibility on the TTC following several violent and disturbing incidents, including one instance in which a woman was pushed onto the tracks while a train was approaching.

She managed to roll under the lip of the platform to avoid the incoming train, suffering a broken rib.

The woman is suing the TTC for negligence, arguing the TTC did not “implement sufficient safety protocols on the subway platform.”

The TTC, for its part, is defending itself by saying the victim chose to stand close to the edge of a platform and failed to pay due care and attention to her surroundings.

Toronto police have reported several other instances of violence on the transit system since, including assaults, stabbings, and robberies. Leary said that in addition to ensuring there are cameras and emergency alarms in all stations and vehicles, the TTC is “actively recruiting new special constables” and is growing its partnership with Streets to Homes to assist people in crisis.