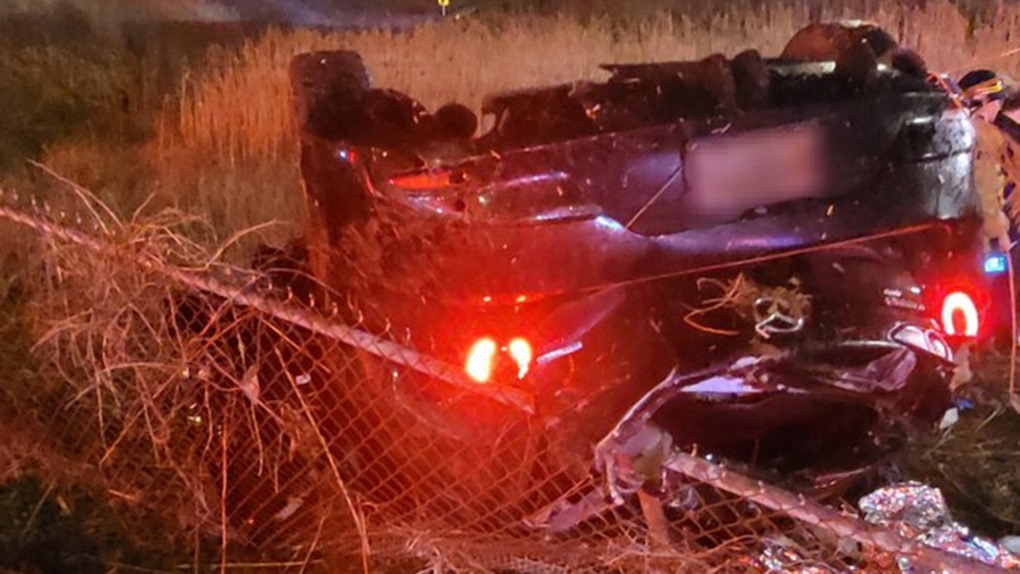 A 27-year-old woman is dead after she was ejected from a vehicle that rolled off the ramp linking highways 407 and 427 early on Monday morning.

The OPP says they were called to the ramp from the southbound Highway 427 to eastbound Highway 407 at about 2 a.m. Monday for a report of a single- car rollover collision.

A 27-year-old- woman was ejected from the vehicle and was pronounced dead at the scene.

The 22-year-old driver of the vehicle was rushed to a hospital trauma centre in serious condition.

The cause of the crash has not yet been determined.

The ramp was closed to traffic until about 5 a.m. to allow for an investigation.