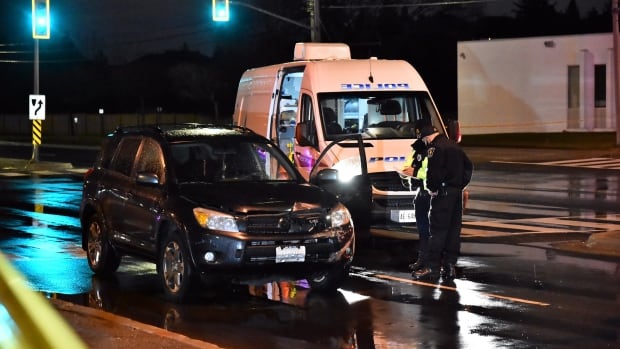 A 58-year-old woman is dead after being struck by a car on Wednesday night in Richmond Hill, York Regional Police say.

Police say they received a call about a collision at the intersection of Major Mackenzie Drive and Bayview Avenue at 10:00 p.m.

When police arrived on scene, they found the victim with life-threatening injuries and transported her to hospital.

Police say the driver of the vehicle remained on scene and has been cooperative.

No charges have been laid at this time, police say.

The identity of the victim has not been revealed.

The intersection was closed for several hours but has since reopened.

Police are asking any witnesses or anyone with dashcam footage to contact the Major Collision Investigation Unit.