With more than one-thousand people in Toronto still living in the dark after a violent storm tore through parts of Ontario over the weekend, many are grappling with a fridge and freezer full of spoiled food.

“Put safety first,” Mike Chopowick, CEO of Ontario Waste Management Association, told CTV News Toronto. “It’s not worth risking your health or getting sick or taking a chance on food that has spoiled.”

During a power outage, the City of Toronto said food will last 24 to 48 hours in the freezer and 12 to 24 hours in the fridge. Past these time periods, the city said food must be thrown out because it may be unsafe to eat.

“Bacteria can build up in perishable foods, which may cause foodborne illness. The most common symptoms of foodborne illness may include stomach cramps, nausea, vomiting, diarrhea and fever,” the City’s website explains.

For residents who had perishable items like fish, meat and dairy products unrefrigerated for more than 24-hours, Chopowick encouraged them to check-in with the City or Toronto Hydro to see if financial assistance is available.

However, the City of Toronto did not address whether financial compensation would be available. Instead, the City offered resources for food banks and community supports available to those experiencing food insecurity that can be accessed by calling 211.

In Durham Region, a spokesperson told CTV News Toronto financial assistance will be available to some residents.

“If you were affected by the storm and need help, you can apply for financial assistance through The Regional Municipality of Durham. This includes money for food replacement and, in exceptional circumstances, help with medication, medical supplies or personal care.”

This aid is dedicated to those who don’t have enough money for food and housing, have a disability, or are in financial need, the spokesperson explained.

The City of Vaughan encouraged those who suffered significant storm damage and do not have insurance to file a request to Ontario Disaster Relief Assistance programs.

Ottawa’s mayor said the city is setting up bins for residents who saw the worst of the storm to dispose of spoiled food, but Nadine Kerr, the City of Toronto’s director of transfer stations and landfill operations, said Toronto can manage an influx.

“We do have enough capacity to handle these kinds of surges, as we do at Christmas time and Easter and Thanksgiving,” Kerr told CTV News Toronto. The city has seven transfer stations where organic goods are loaded and shipped off to contracted processors. 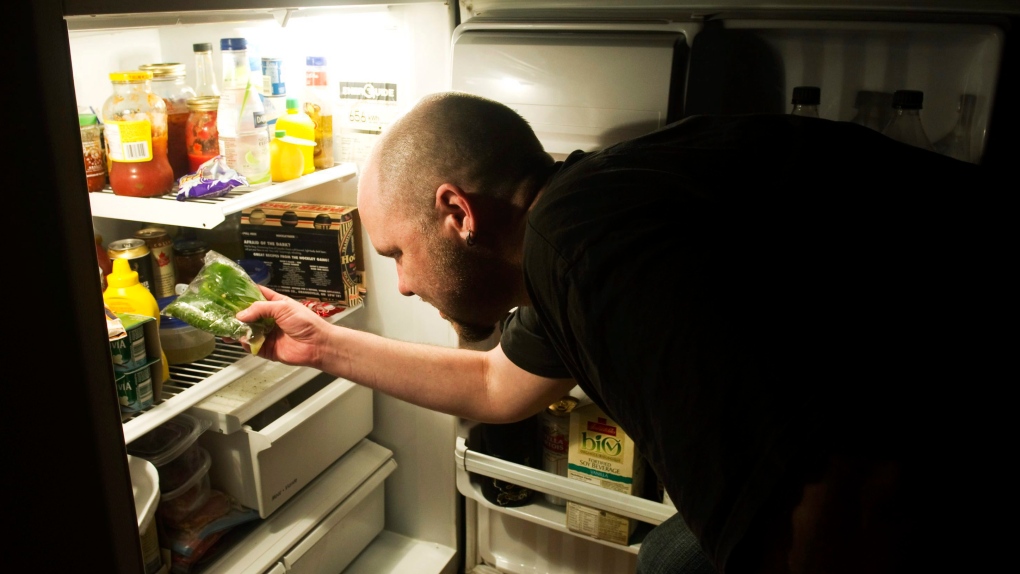 A Toronto man looks in his fridge. THE CANADIAN PRESS/Nathan DenetteChopowick pointed to the early days of the pandemic when food waste also saw an uptick across Ontario because residents were ordering and making more food at home. But even then, Chopowick said, “We had enough capacity to manage it.”

“If a food waste facility reached its capacity, most likely, any overflow would be sent to landfill,” he said. “That’s most likely because this is a provincewide storm that happened, so I imagine that a lot of food waste processing facilities across Ontario would be facing the same capacity challenge.”

When it comes to individual homes reaching their own green bin capacity, Kerr said filling clear plastic bags with overflow food waste will be accepted on collection day as long as excess packaging is separated from organics.