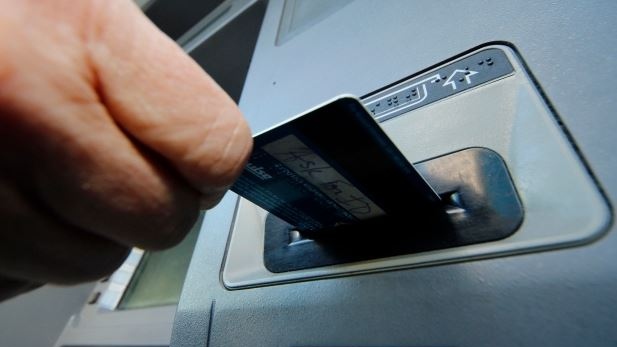 TORONTO — Profits of unscrupulous thieves who are running a fake taxi scam are adding up to huge amounts, say more victims who are coming forward to CTV News Toronto.

And common elements, including a similar description of the people involved, a similar car, and even almost identical receipts for the fake company “Toronto Taxi” seems to indicate that a small number of people are profiting off losses as high as $5,000 per victim, interviews show.

“I have been in touch with 13 people so far,” said Louise Peral, who has been active on social media since she was taken for $1,000 at a parking lot at a Golden Mile.

Peral kept her receipt, which says “Toronto Taxi”, and finishes with “Download our app. Have a great day.”

Community organizer Aminah Sheikh kept an almost identical receipt after her act of kindness in a mall parking lot at Eglinton and Bayview cost her about $4,770. Toronto nurse Susan Palmer told CTV News Toronto she got a receipt as well before $3700 was drained from her accounts.

The victims have a common story.

They are in a parking lot, usually late at night, when a young man comes up to them asking for a favour: he’s trying to pay for a taxi, but it won’t take cash because of COVID-19.

That isn’t true, say taxi companies, but it’s a compelling story, and Sheikh said it seemed real when she was approached on Saturday.

“He had a baby face and I thought of my nephews and everybody in the community. He was lost,” she said. She pulled out her debit card, paid his $19.50 fare and took $20 in cash in return.

Almost immediately, things went upside down when she went to pay for groceries, she said.

“My debit wasn’t working, and I went on my app to see why, and I noticed right away $2,500 had been withdrawn,” she said.

“I started shaking and sobbing and I went up to security and said, ‘”I need help, I think I’m being robbed, and I don’t know what to do,” she said.

Infuriatingly, she said she was on hold with her bank while she watched more amounts disappear off her accounts: $400, then $600 at a time. The total in the end was about $4,770.

“The reason this works is because it’s a really difficult time and people help each other in this city,” Sheikh said.

“The pandemic has hurt working people. People are doing these things for a little bit of cash and that makes me said.”

CTV News Toronto visited the address, and found a green and orange cab matching the description — but it had a flat tire and clearly hadn’t been moved in a while.

The owner of the company at that address, Jutt Motors, told CTV News Toronto he hadn’t been in the taxi industry for more than two years.

“I was involved in the business a long time ago,” said Arshad Mohammad, adding that he still has the garage, which now mostly repairs trucks.

“These guys are using my address, and I have no connection with them,” he said.

Peel Region busted a fake taxi scam ring last year in what the force called “Project Switch.” In that case, officers said the ring netted some $2.1 million in just 14 months.