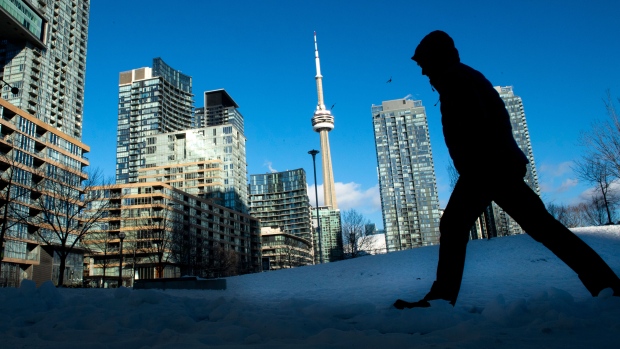 TORONTO — Mayor John Tory says it is likely Toronto will enter the grey zone of the province’s reopening framework next week, a move which will allow many small businesses in the city to offer in-person shopping for the first time in almost three months.

“I think the likelihood of entering the grey zone is fairly high because that’s what the province wants to do is get everybody back into this framework,” he told CP24 on Monday. “But people should remember that the grey zone really doesn’t bring about a huge number of changes compared to what we are experiencing today and I think the most important thing is going to be that people continue to stay at home.”

With the exception of stores that provide essential goods, all retail stores were forced to close to customers when Toronto entered a second lockdown on Nov. 25.

Smaller shops that are deemed to be “non-essential” are currently only permitted to offer curbside pickup and delivery under the current lockdown restrictions.

But under the province’s updated reopening framework released earlier this month, non-essential stores in regions in the grey or “lockdown” zone can open to customers if they reduce their indoor capacity by 75 per cent. Big-box stores will now also only be allowed to operate at 25 per cent of their normal indoor capacity, while grocery stores, pharmacies and convenience stores can operate a 50 per cent capacity.

Case counts have continued to decline in Ontario since a provincewide lockdown was implemented on Boxing Day. Ontario has seen a big drop in the number of new infections, with the seven-day average of new cases declining from more than 3,500 in mid-January to under 1,200 this week.

In response to the decline in community transmission, the Ford government announced last week that it plans to transition all regions back into the province’s reopening framework.

Last week, three regions in eastern Ontario were placed in the green zone, allowing restaurants, gyms, movie theatres and many other businesses to reopen.

As of tomorrow, restrictions will be eased in every single region of the province, with the exception of Toronto, Peel Region, and York Region, as they move back into the framework.

Premier Doug Ford previously indicated that the earliest some restrictions would be lifted in the three COVID-19 hot spots was Feb. 22.

Parts of the GTA, including Halton and Durham, will enter the province’s red zone on Tuesday, allowing restaurants and gyms to reopen with reduced capacity.

Speaking to CP24 on Monday, Tory said he thinks when Toronto re-enters the framework, the city will likely be placed in the grey zone.

“The grey zone in its modified form would allow for some people, a very limited number of people, to go into smaller business and it would also reduce the number of people allowed into bigger businesses and I think this is a… discrepancy that existed between small and big businesses before, which was very unfair,” he said.

“I think the bottom line here is we’re trying… to keep people in Toronto safe and keep the numbers moving in the right direction and keep the variants under control and have the schools stay open safely.”

Public health experts, including members of the province’s own COVID-19 science table, have warned that as more transmissible COVID-19 variants continue to circulate in the community, Ontario could see a big spike in the number of infections if restrictions are lifted.

Tory said he hopes the provincial government takes a “very cautious” approach when it comes to easing restrictions any further.

“There is no point in reopening if we are just going to have to close again. I don’t think there is anyone who would vote for that,” he said.

“We want this third wave not to happen and that involves a very cautious approach to this and I think that will involve us potentially going into the grey zone maybe in a week but I just think again, the government would be well advised not to rush this.”