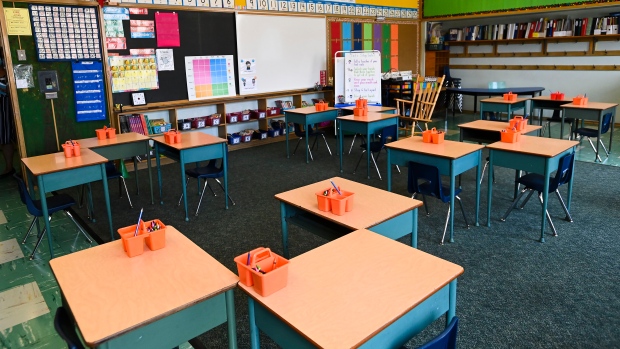 TORONTO — Toronto schools have been ordered to close as of Wednesday, forcing students to make the switch from in-person classes to virtual learning.

Students will move to online learning from April 7 through to April 18 after Medical Officer of Health Dr. Eileen de Villa used her discretionary powers under Section 22 of the Health Protection and Promotion Act on Tuesday to close schools.

An extension of the order may be considered based on COVID-19 epidemiological data for Toronto, the city said.

Licenced child care programs will not be permitted to offer care to children whose schools are required to be closed, with the exception of emergency child care for those who qualify.

Toronto Public Health said it appreciates that this decision places additional burden on many families, but “health and safety of students and staff remains a priority.”

“In an ideal world it would be nice to have more lead up time so that we can inform people, but in the end we really defer to the experts for this,” Bird told CP24 on Tuesday. “I think everyone can agree it’s not a lot of warning.”

“But if they (health officials) believe this is necessary then we are 100 per cent in support of that. We want to make sure everyone is staying as safe as possible.”

Peel Region announced Monday that they would also be shutting schools down until April 18, citing a surge in COVID-19 cases in the area.

The delayed March Break is still scheduled to go ahead next week.

The Ontario government has said schools should remain open as they’re important to the students’ mental health.