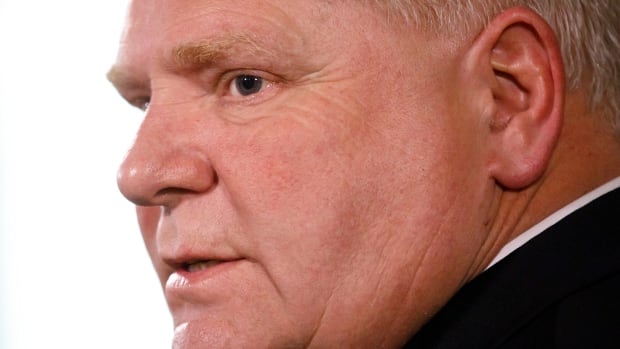 Toronto police were called to the home of Ontario Premier Doug Ford on Tuesday because of a suspicious package, the premier’s office says.

“At this time, I can confirm the Toronto Police Services were called to the Premier’s home today to investigate a suspicious package,” Ivana Yelich, spokesperson for Doug, said in an email to CBC Toronto.

It is believed to have been sent in the mail.

His wife, Karla, was home at the time, but is safe.

Const. Michelle Flannery, spokesperson for the Toronto Police Service, said officers from the explosive disposal unit  were called to the area of Kipling Avenue and Eglinton West Avenue, near where Ford lives, at about 2:10 p.m.

Officers inspected a package that was deemed not to be a threat to public safety, she said. She would not confirm that they were called to the premier’s home.

There was no immediate word on the contents of the package.

Toronto Paramedic Services and Toronto Fire Services were also called to the address at that time. Paramedics said the call was cancelled at the scene.

Toronto Fire District Chief Stephan Powell said firefighters have left the scene after it was determined there was no hazard.