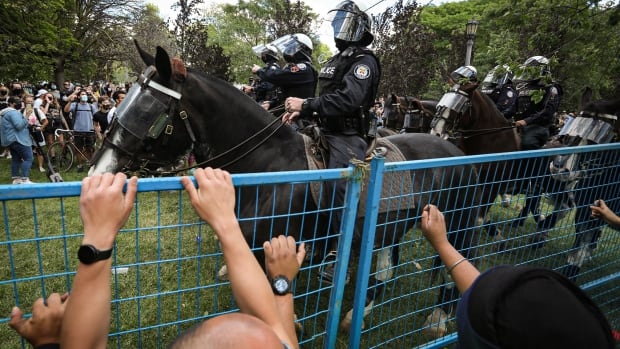 The mayor of Toronto says there will be a review after police used force to remove a homeless encampment from a downtown park.

John Tory says the large police presence and private security was necessary to keep city workers safe as they tried to persuade about 20 people to leave the park and move to a shelter.

He says that it’s necessary to remove the encampments from Toronto’s parks but that the incident will be reviewed by him and the police services board.

The city says no one was injured during the confrontation.

Toronto says police were enforcing trespass notices the city had issued to residents of the encampment at Trinity Bellwoods Park on June 12.