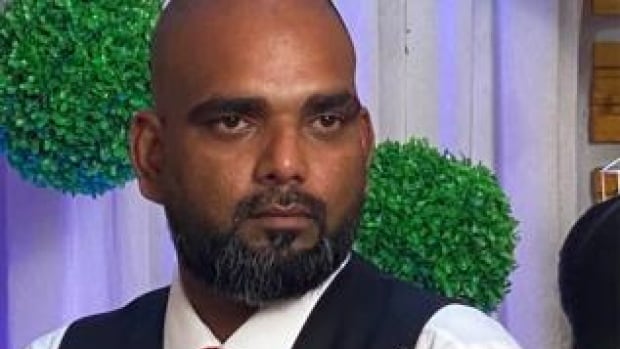 A Toronto man has been arrested in connection with a hit-and-run in Mississauga in December that killed a 35-year-old Markham man.

Suresh Tharmakulasingam was struck while crossing Dundas Street, west of Dixie Road in Mississauga on Dec. 17, 2021.

Tharmakulasingam had just left a restaurant and was attempting to walk back to his tractor trailer, which he had parked at a gas station across the road, Peel Regional Police said in a news release Friday.

Peel police allege the driver of the vehicle failed to remain at the scene of the collision.

Tharmakulasingam was transported to a trauma centre in life-threatening condition. He died of his injuries a week later on Dec. 24, 2021.

Investigators with Peel’s major collision bureau on Thursday arrested and charged a 38-year-old Toronto man with failure to stop after an accident resulting in death, according to the news release.

The man is scheduled to appear in court in Brampton on July 25.

The vehicle believed to have been involved in this collision, described as a 2008-2012 Black Ford Escape SUV, has also been recovered.