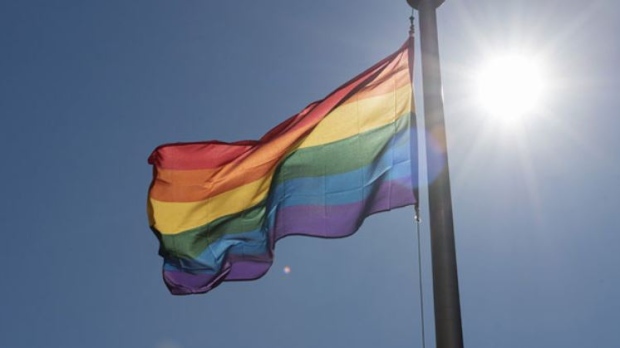 TORONTO — The Toronto Catholic District School Board is among a number of Catholic boards in the province that will mark Pride Month this year by raising the Pride flag outside schools for the first time ever.

Today officially marks the start of Pride Month and in a statement released today, the TCDSB said the decision to fly the Pride flag affirms the board’s commitment to “inclusion, dignity and respect for all.”

“Flying the Pride Flag increases our awareness of the dignity of each human person and our care for all who may be marginalized,” the statement read.

“Much like our Catholic principles of respect, inclusion, fairness, equity, and social justice, each colour of the Pride flag carries a significant meaning, and we encourage all to take the time this Pride Month to learn more about how these values align.”

The TCDSB joins a handful of other Catholic boards in Ontario who are taking the historic step to fly the Pride flag this month, including the Niagara Catholic District School Board.

Trustees voted to raise the flag from June 1 to June 6.

“Niagara Catholic has many students, staff and their families who identify as 2SLGBTQ+,” Board Chair Larry Huibers said in a written statement released last week.

“It is not enough to simply tell students and staff who identify as gay, transgender and non-binary that they are loved and supported. Flying the Pride flag is the most universally accepted, visible show of support for all who identify as 2SLGBTQ+, and I am extremely proud of the Board of Trustees for supporting the motion to fly the Pride flag during Pride Week in June.”

At the Ottawa Catholic School Board this year, the Pride flag has been raised at the board office for the first time in the school board’s history.

In a tweet, school board trustee Spencer Warren said trustees voted in favour of flying the Pride flag at each OCSB school by 2022.