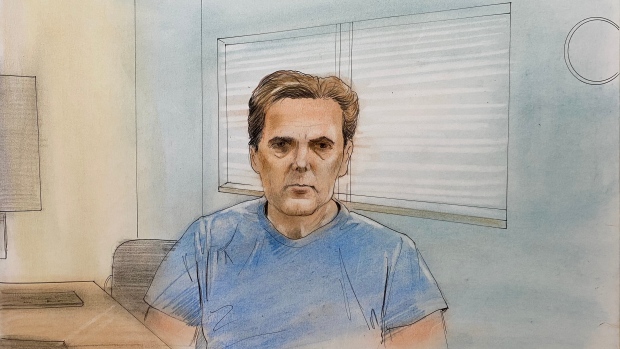 TORONTO — The Parole Board of Canada will decide today whether convicted murderer and rapist Paul Bernardo will be granted parole at his second hearing since he became eligible to apply.

Bernardo, who has been deemed a dangerous offender, has been in prison since 1995 after he was convicted of first-degree murder in the deaths of 14-year old Leslie Mahaffy and 15-year-old Kristen French, two teens he kidnapped and tortured near St. Catharines, Ont.

Mahaffy was abducted by Bernardo on June 14, 1991 and her body was discovered encased in cement in a lake near St. Catharines two weeks later. French was kidnapped and murdered nearly a year later in April 1992.

Bernardo was swiftly denied both full and day parole at his last hearing less than three years ago, where it took panel members only 30 minutes to deliberate.

During his last hearing, Bernardo blamed low self-esteem as his motivation for carrying out the disturbing and horrific crimes and claimed he was no longer a danger to society.

In victim impact statements provided to the court on Tuesday, the families of his victims argued that Bernardo is a sexual sadist who should never be released from prison.

“We have had to accept what happened to our precious daughter, but what we cannot and will not accept is the possibility of this happening to another innocent girl by the same perpetrator,” French’s parents Doug and Donna said in their statement to the court.

“A psychopath must never be allowed in a position where he can repeat his atrocities.”

The couple said it has been a “painful and difficult process” to have to prepare yet another victim impact statement just two and a half years after Bernardo’s last parole hearing.

“It has taken all these years for us to deal with all the details of Kristen’s abduction, forceful confinement and murder; it’s been an agonizing time to accept all that she had to endure,” they wrote.

“For those who say that time heals, they don’t know the excruciating pain that comes from such a horrific loss. Time doesn’t heal the pain; the pain is a life sentence.”

The Mahaffy family expressed frustration that they are being forced to relive the trauma every few years.

“Since the last parole hearing in October 2018, we have tried to forget about this dangerous offender’s existence and enjoy and remember everything about Leslie’s short and previous life,” they said in their victim impact statement.

“Yet once again, Bernardo’s desires are inflicted on us as he inserts himself into our lives again, forcing his horrors and terrifying memories upon us. It takes time for us to heal after and before each parole hearing.”

They argued that these hearings should be held five years apart “at a minimum.”

“The unnecessary re-victimization must stop,” they said.

“We would like to be free from worrying about the wretched possibility that Bernardo might escape the consequences of his actions, not only with respect to Leslie and Kristen, but also the many other victims of Bernardo’s brutally sadistic and violent rapes.”

Speaking at the hearing, Bernardo said he has “a lot of empathy” for his victims and claimed his violent actions were “out of entitlement.”

Bernardo’s parole officer, who also spoke at the hearing, said he would not recommend full or day parole for the offender, noting that he had not made any progress in mitigating his risk for re-offending.