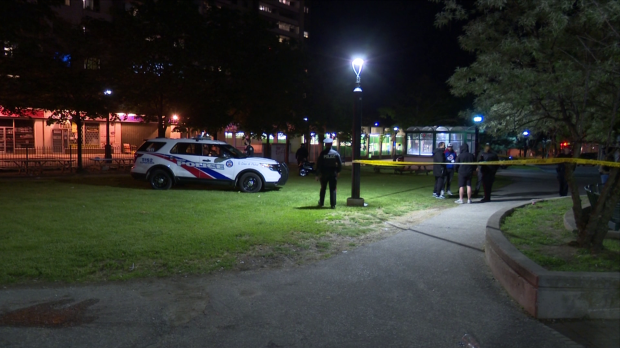 Three people made their way to hospital after a shooting in St. James Town Saturday evening, Toronto police say.

Officers were called to the Wellesley Street East and Bleecker Street area before 9:30 p.m. for reports of shots fired.

When police arrived, they located evidence of gunfire, but no victims were found at the scene.

However, police said they were later informed that three victims with gunshot wounds walked into a hospital.

There is no word on their conditions.

Police have not released any suspect information.