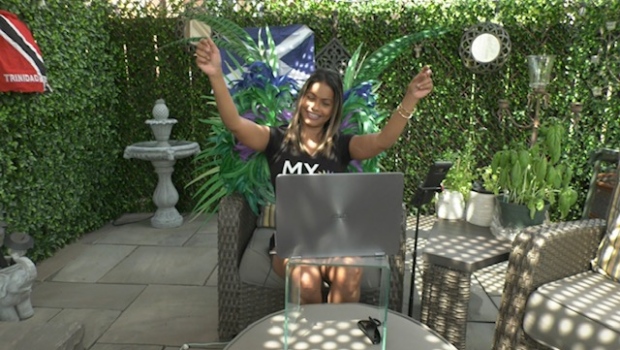 TORONTO — Toronto Caribbean Carnival is bringing the world to Toronto on Saturday despite COVID-19 cancelling one of the largest and most vibrant marquee celebrations of summer.

“Having our carnival cancelled was devastating. Not only for us but all the tourists that come to Toronto to experience what we have here,” said spokesperson Naila Seunath.

Organizers had been planning the largest festival of its type in North American since September before the colourful and musical gathering got cancelled for the first time in 52 years due to the COVID-19 pandemic.

To reimagine the event safely, Seunath said a small group of people put their thinking caps on and came up with ‘The Virtual Road’ — a 13-hour live event with a different DJ playing from a different country around the world online every hour.

“At 9 a.m. we started in Australia, and then we moved to Asia, Europe, we move to the Caribbean, we go through the Americas and then we go right back here,” said Seunath.

“All roads lead to Toronto!” she added.

The carnival is especially known for its extravagant “Grand Parade’ on the August long weekend. Seunath said the having to figure how to recreate that — something that would normally include a million people ‘on the road’, was a brain teaser — but the response has been incredible.

Seunath said that as of 3:30 p.m., close to 20, 000 people had tuned in through Zoom and several other social media platforms, with many ready to join in before the music even started.

“We had people in costumes, emailing and saying I’m ready, I’m in my costume, please let me into the party.”

Seunath said the carnival took a drastic economic hit from the cancellation of the event in its original form, and how it will look next year is still unknown, but it’s amazing to see people take part virtually.

“It’s very heartwarming that the community at large as responded this way to our event, that they are coming out and participating”.

Not everyone jives with online event

In Scarborough on Saturday some friends and families got together in the spirit of the carnival at the Street Eats festival — which focused it’s event on the Caribbean.

“It’s sad, because I’m used to being able to go to parties, and I’m not able to do that this year,” said Michelle Sirju from the festival.

“The virtual stuff is not for me, it’s not the same. It’s all about being with other people and being alone in your house is not the Caribbean way. It’s not the vibe,” she said.

Others said they were glad to be with a small group of people celebrating the tradition of carnival.

Beth Brown danced for several songs with her daughters.

The founder and organizer of Street Eats said the festival was born out of all the cancelled events this year and offer a way to get together safely. Each weekend it’s at a different location and has a different theme.