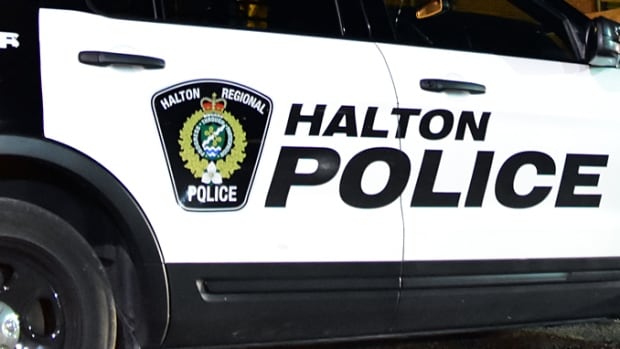 Halton Regional Police have arrested a teen boy after officers locked down an Oakville high school on Tuesday following a report of a male with a gun nearby.

Police said they have seized a “replica handgun.”

Officers found the boy, 16, on the grounds of White Oaks Secondary School after they searched the school and the surrounding area. He is expected to face weapons-related charges.

Police said they received a call about a male with a gun on the south campus of the school at about 2:30 p.m., then locked down the high school until 3:30 p.m. The school also has a north campus. When police received the report, they said they didn’t know if the gun was real or a replica.

Five other schools were placed in a hold and secure position, but those measures were lifted at 3:30 p.m. as well. The schools were Ecole  secondaire Gaetan Gervais, Montclair Public School, St. Michael Catholic Elementary School, Munns Public School and École élémentaire du Chêne.

A hold and secure is a school response to an incident in the general vicinity, but not on or near school property.

“There is no known, ongoing, related threat to public safety,” police said in a news release on Tuesday.

“The investigation is still ongoing and members of the public should expect continued police presence in the area. We thank the community for their patience and cooperation.”

Police said they would like to remind the public that replica guns pose a “significant threat” to communities.

“They appear to be real to both members of the public and the police,” police said in the release.

“When reports of a potential firearm are received, Officers must respond assuming they are real, which increases risk to the person in possession of the replica firearm, the police, and members of the public.”

The incident comes just days after several schools in Scarborough went into lockdown following reports of a man in the area with a rifle. . The 27-year-old man was shot dead by officers. Police later discovered the weapon he was carrying was a pellet gun, according to Ontario’s police watchdog

A few days later, two schools in York Region were placed under hold and secure precautions following a threat posted online by a teenager — holding what appeared to be firearm.