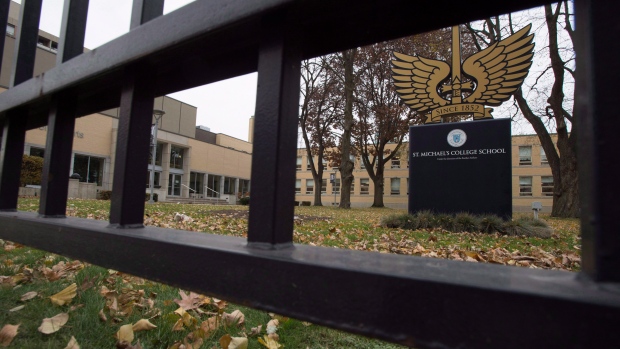 TORONTO — The case of a teen accused of sexually assaulting another student at an all-boys Catholic high school in Toronto returns to court this morning.

The judge overseeing the case is expected to either hand down her ruling today or seek further submissions from the Crown and defence.

Lawyers for the teen have argued their client should be found not guilty because he feared he would become the victim if he didn’t participate in the November 2018 incident.

They say the teen was acting under duress when he held down the victim — another student at St. Michael’s College School — who was being sexually assaulted with a broom by two others.

The teen also faced the same charges in a similar incident against another student that fall, but those were withdrawn earlier this year after the judge found there was not enough evidence to proceed.

Charges against two others students accused in the two incidents were also previously withdrawn.

One of them also pleaded guilty to making child pornography for capturing one of the sex assaults on video.

Another student received a two-year probationary sentence with no jail time after pleading guilty.

No minors involved in the trial can be named due to provisions of the Youth Criminal Justice Act.

This report by The Canadian Press was first published June 25, 2021.