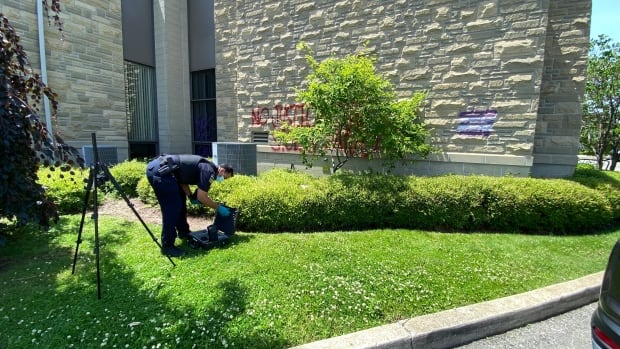 Peel police are investigating graffiti spray painted on a Roman Cathoilic church in Mississauga as a possible hate crime, as tempers flare over its priest’s controversial remarks about residential schools.

During his sermon at the Merciful Redeemer Parish last Sunday, Pastor Owen Keenan referred to the “good done” by the Roman Catholic Church in residential schools, saying some might go so far as to even thank it.

Peel police are releasing few details at this time.

Constable Himmet Gill would only tell CBC Toronto that the investigation is ongoing.