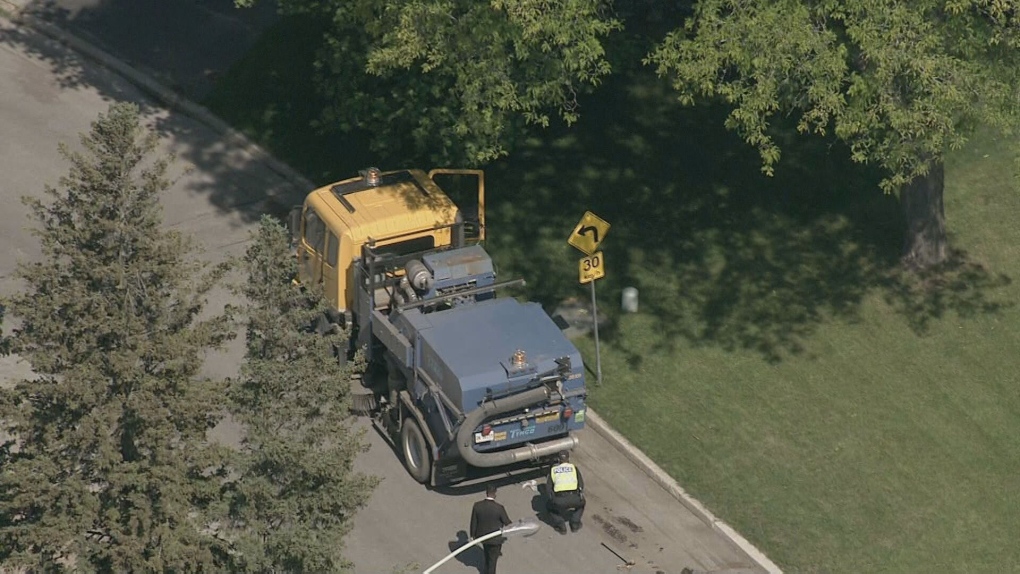 A pedestrian is dead after being struck by a City of Toronto street sweeper truck in North York Tuesday morning.

Toronto police responded to reports of a collision in the area of Lawrence Avenue East and Leslie Street shortly after 9 a.m.

Police say a pedestrian was hit by a street sweeper and was pronounced deceased at the scene.

The driver remained at the scene and was taken to hospital to be assessed.

“The driver was very distraught and as a result was transported to hospital and is currently there under medical care at this time,” Inspector Jeff Bassingthwaite told reporters at the scene.

It is unclear if the truck was cleaning the street at the time of the collision.

The City of Toronto says it is “cooperating fully with the police and their investigation.”

“Our thoughts are with the victim’s family, as well as our employee, at this very difficult time,” a city spokesperson wrote in a statement to CP24.

Police are asking residents in the area of Tremont Crescent who have video surveillance to contact them.

Anyone with information is being asked to call police or Crime Stoppers anonymously at (416) 222-8477.