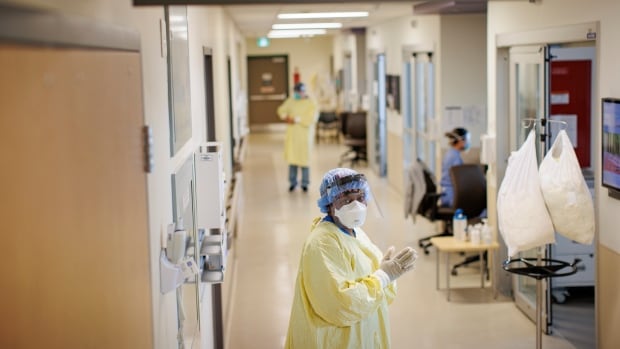 Ontario is reporting 1,207 patients hospitalized with COVID-19 and 23 more deaths linked to the virus.

Thursday’s hospitalizations are down from 1,248 on Wednesday and 1,451 exactly one week ago.

According to the Ministry of Health, 39 per cent of people hospitalized were admitted specifically for treatment of symptoms brought on by the virus, while the rest were admitted for other reasons and then tested positive.

Sixty-two per cent of people in ICU were admitted because of COVID-19, while the rest were admitted for other reasons and then tested positive for the virus.

The province is reporting at least 1,565 new COVID-19 cases through limited PCR testing, with 15,462 tests completed the day before. Due to testing limitations, the actual number of daily new cases is likely far higher than the figure reported, officials have said.

The provincewide test positivity rate stands at 9.6 per cent.