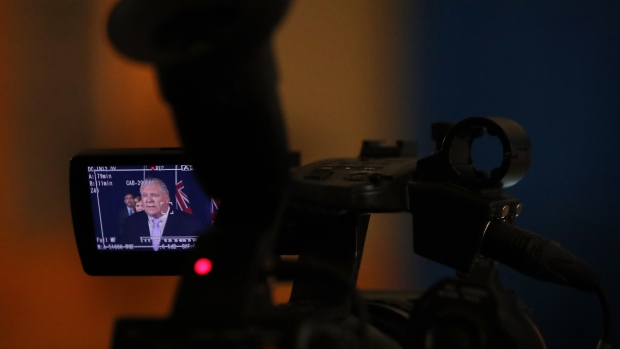 TORONTO — Ontario Premier Doug Ford will make another COVID-19 announcement on Tuesday as a motion is debated at Queen’s Park to extend the province’s state of emergency for another 28 days.

The state of emergency is set to expire on June 2 if the motion does not pass,

Ford will make the announcement alongside Minister of Economic Development, Job Creation and Trade Vic Fedeli.

The province entered the first phase of reopening in mid-May, which allowed a number of businesses to open their doors. However, Ontario Health Minister Christine Elliott said on Monday that the province may have “some distance to go” before it moves on to the next stage.

“We need to take a careful and measured approached based on four factors: the number of new cases needs to go down, make sure that we have sufficient capacity in our hospitals, make sure we’re doing adequate testing and we need to do contact tracing with public health units,” she said.

On Monday, health officials also reported a spike in daily COVID-19 cases, recording the highest number of new patients in a week

CTVNewsToronto.ca will stream the announcement live at 1 p.m.