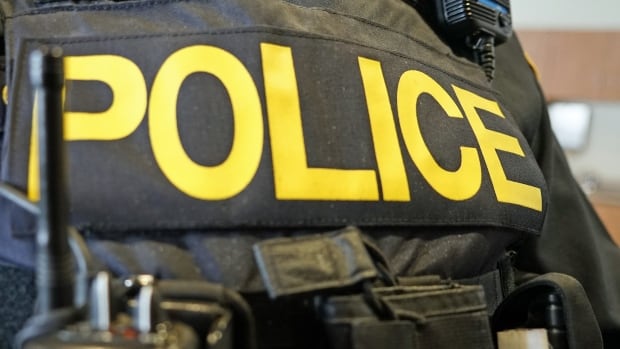 Saturday marks the first day of at least six weeks of enhanced policing powers in Ontario in an attempt to curb an exponential rise in COVID-19 cases.

However, several police forces across the province have already said they do not intend to make use of additional powers that allow them to ask anyone outside their residence — including stopping vehicles — to indicate their purpose for leaving home and provide their address.

A ticket if individuals refused would cost roughly $750.

The president of the Peel Regional Police Association also took to Twitter to urge the government, “Don’t make cops the bad guys here!”

In a statement, the Ottawa Police Service said it will also not be conducting random checks.

“We are very mindful of the perception of the broader public as well as within our more marginalized, racialized and/or Indigenous/Aboriginal/Inuit peoples,” said Ottawa police chief Peter Sloly.

“We do not want these powers to impact public trust,” Sloly said.

While Toronto police initially said it needed more time to review the changes, the force tweeted on Saturday morning that it  “will continue to engage, educate and enforce, but we will not be doing random stops of people or cars.”

“Prior to any change in our enforcement strategy we will notify the public on how we plan to implement the new provincial orders,” its spokesperson said.

The London Police Services Board says it has “serious concerns” about whether the provincial government’s expanded police powers are even constitutional.

“We cannot enforce our way out of the pandemic,” said the board’s chair Dr. Javeed Sukhera in a statement released Saturday morning.

Sukhera said the board “would encourage the Provincial government to shift their focus to stabilizing the health system, ensuring equitable access to vaccines, and following the advice of health experts.”

Our plan is to continue to engage, explain, educate &amp; enforce in a fair &amp; unbiased manner. We will not be randomly stopping people. Our goal is to put an end to COVID-19 &amp; we ask for the community’s support. We will release a fuller statement tomorrow when details known. 2/2

The expanded police powers have quickly raised alarm bells across the province.

“A hodge-podge of pandemic restrictions cannot be policed like this because overzealous enforcers overshoot the mark, based on Canada’s 1st Wave experience,” Bryant’s statement said.

He called random police stops “unconstitutional” since they wouldn’t be “indiscriminate, stopping everyone in a single location” like a RIDE program does.

“Blanket powers for police to stop vehicles like this bends our constitutional freedoms too far, and will cause a rash of racial profiling,” Bryant said. “These new restrictions… may face a court challenge.”

Guelph Mayor Cam Guthrie tweeted his own reaction, saying he’ll be “checking out our Charter [of Rights and Freedoms]” and that the city will be reviewing it.

“I’m concerned about this,” his tweet said. “Either way, we’re not going to be policing our way out of this pandemic, that’s for sure.”

In Toronto, Mayor John Tory tweeted that he was “very concerned about arbitrary stops of people by police at any time.”

He said he will review the new police powers “extremely carefully” and consult with the city’s police chief and top doctor.

This new Provincial order that says “police can stop people &amp; ask them what they’re up to” stuff. <br>I’m checking our Charter out on that one. <br>I’m concerned about this &amp; we’re reviewing it. <br>Either way, we’re not going to be policing our way out of this pandemic, that’s for sure.

I am very concerned about arbitrary stops of people by police at any time and I will be reviewing the regulations extremely carefully and discussing them with the Medical Officer of Health and the Toronto Police Chief.