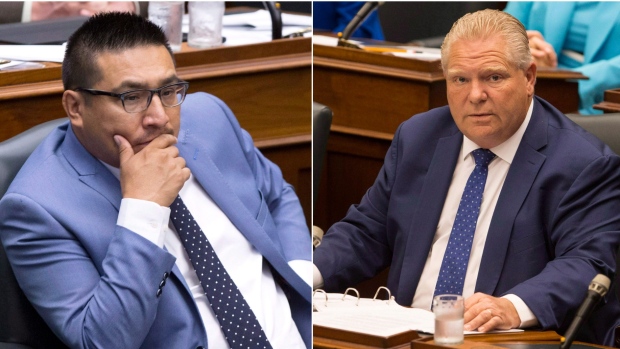 The leaders of the NDP, Liberal and Green parties all condemned the comments made by Ford during debate at the provincial legislature Thursday.

Ford alleged that NDP legislator Sol Mamakwa, who represents the riding of Kiiwetinoong, cut the line to get a COVID-19 vaccine in a Northern Indigenous community.

Mamakwa says he was invited by community elders to take the shot to help combat vaccine hesitancy among Indigenous residents in Ontario.

Ford said he had been contacted by some Indigenous leaders who were upset that Mamakwa got the shot early, but did not name them.

Mamakwa says he has heard no complaints from Indigenous leaders about his immunization and called Ford’s comments “disrespectful”.

This report by The Canadian Press was first published March 11, 2021.