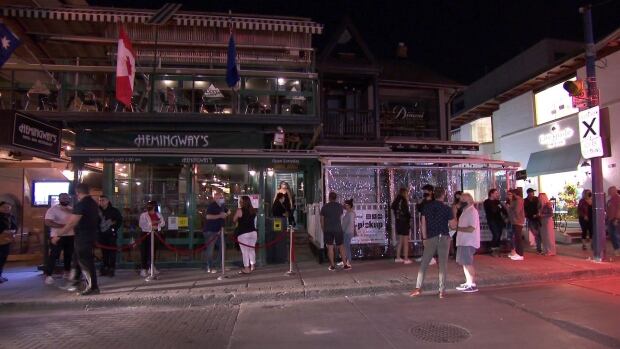 Ontario reported another 574  cases of COVID-19 and a new single-day high for vaccinations on Friday, as some restrictions on outdoor activities, patio dining and retail were loosened in much of the province.

“Thank you to the thousands and thousands of people involved in this and helping out at every level,” he said in a series of tweets.

The province announced Thursday it is accelerating second doses of COVID-19 vaccines for people in delta variant hot spots, with bookings set to open up next week.

Residents in seven designated areas who had their first dose on or before May 9 will be able to book an appointment for an earlier second shot starting Monday.

The province is also encouraging unvaccinated residents in those areas — Toronto, Peel, Halton, Porcupine, Waterloo, York and Wellington-Dufferin-Guelph — to get immunized.

However, the government said it won’t shorten the dose interval for those who received the AstraZeneca vaccine as a first dose. Health Minister Christine Elliott said Ontario will stick to the 12-week interval based on the available scientific and medical evidence.

Meanwhile, most regions of Ontario moved in to the first phase of the province’s latest reopening plan as of 12:01 a.m. ET.

Fewer new cases and hospitalizations, as well as the ongoing progress of the vaccination rollout, have helped to bring the third wave of the pandemic under control.

Outdoor gatherings of up to 10 people and patio dining of up to four people per table are among the activities now permitted.

Non-essential stores can also reopen, with a 15 per cent capacity limit, and outdoor fitness classes are allowed.

More restrictions will loosen after 21 days if pandemic indicators continue to improve and more people get vaccinated.

One region in northern Ontario, the Porcupine health unit, will hold off on easing restrictions for now as infections soar in some areas.