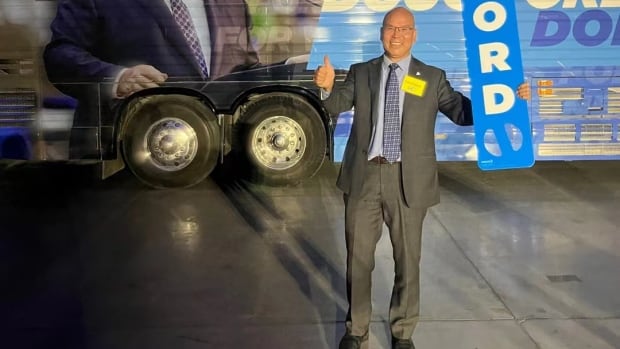 The Ontario Liberal Party is asking the Ontario Provincial Police to investigate the incorporation of 15 companies or associations linked to a Progressive Conservative MPP who’s seeking re-election on June 2.

Documents viewed by CBC News, which the Liberals said were sent directly to OPP Commissioner Thomas Carrique, show Vincent Ke’s staff and their family members set up a series of corporations after he was elected as MPP for the Toronto riding of Don Valley North in 2018.

However, PC Leader Doug Ford said Wednesday morning that the Liberals’ information is inaccurate. PC Party officials say no investigation is warranted because there is nothing wrong with the creation of any of the corporations, several of which are non-profit cultural associations.

The Liberal party doesn’t make any allegations of wrongdoing but is urging the police force to look into the matter.

In a letter to police, Ontario Liberal Party executive director Ian Hall questions why Ke’s staff would be involved in so many “shell corporations” following his election to the legislature.

“Having researched the matter, we have concerns that these actions may constitute a potential breach of trust,” writes Hall in the letter, dated Tuesday.

“I believe these are serious matters of public trust that warrant a thorough investigation by the Ontario Provincial Police.”

PC Party officials say incorporating non-profit associations is common practice in the Chinese community, and the bulk of the corporations that the Liberals linked to Ke’s staff fall under that description. The PCs say some of the numbered companies flagged by the Liberals were created for the purposes of buying personal property, with no political connections.

CBC News has also requested comment from Ke and has contacted the OPP to ask whether or not it will investigate the matter.

One of the corporations that the Liberals linked to Ke’s staff received $25,000 from the provincial government in February of 2022.

According to incorporation records, the association’s sole director is John Jiancheng Huang, who was married to Ke’s assistant, Yueyue Zhang. However, the PCs say the couple separated in 2018, before the association was created, and divorced in 2021, before the grant was awarded.

The Liberal Party’s letter says the apparent pattern of Ke’s staff being involved with the incorporations raises questions.

“It is important that the air be cleared around this and that these individuals are not abusing Mr. Ke’s role as a member of provincial parliament,” writes Hall in the letter.