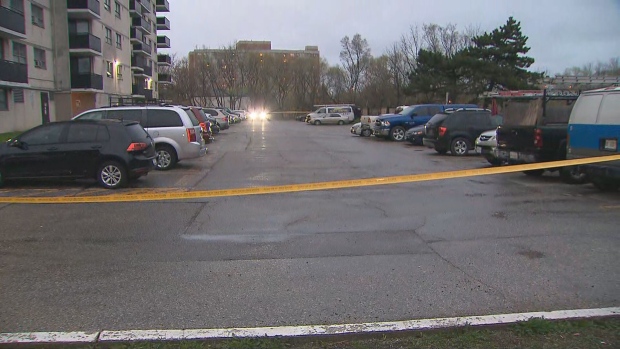 TORONTO — A male has died after a shooting in North York Friday evening.

Toronto police were called to Jane Street and Queens Drive, north of Lawrence Avenue West, for reports of shots fired.

When officers arrived, they located one person suffering from life-threatening injuries.

The victim was transported to a trauma centre, where he was pronounced dead.

Police said there were reports of several people were seen fleeing the scene through a ravine.

No suspect information has been released.