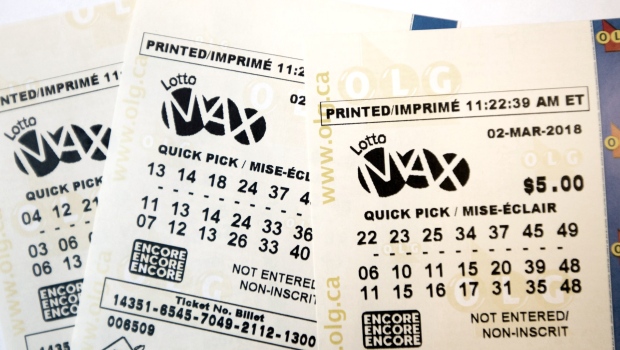 TORONTO — One of the two winning $70 million Lotto Max tickets in Tuesday’s record-breaking draw was sold in Toronto, the OLG confirms.

The owner of the winning Toronto ticket, along with a lucky person in British Columbia who also won, will walk away with $35 million.

The OLG won’t say where exactly in Toronto the ticket was sold for security reasons.

According to the OLG, “there were tons of other life-changing lottery wins across Ontario” in Tuesday’s draw, which was the largest prize pool up for grabs in Canadian history.

Thirty people won the 70 Maxmillions prizes that were up for grabs, with 21 of those winners from Ontario.

WHAT SHOULD YOU DO IF YOU’VE WON?

“Take a breath,” OLG spokesperson Tony Bitonti told CTV News Toronto on Wednesday. “There’s going to be a lot of activity in the coming days … Let it soak in.”

Bitonti said winners need to sign the back of their ticket immediately.

He also recommends going to a retailer and scanning the ticket so that it’s validated and the OLG is notified.

“The terminal in the store will freeze,” he said. “And then it automatically contacts the support centre and they will call the store and we talk to the winner.”

Bitonti said he recommends getting financial advice and only telling those you trust before coming forward to officially claim the prize.

The winner will be required by law to identify themselves and have their name revealed publicly.

According to the OLG, the odds of winning the $70 million payout with a single play is 1 in 33.2 million.