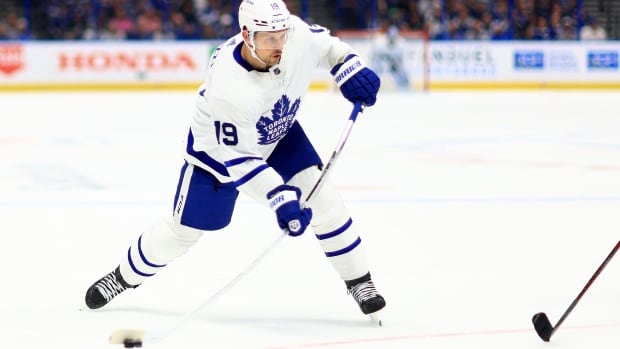 After 19 seasons in the NHL, Toronto Maple Leafs’ Jason Spezza announced his retirement on Sunday.

The team announced that the 38-year-old centre will now join Toronto’s front office as a special assistant to general manager Kyle Dubas.

“Hockey has been my life’s work and to be able to come home to Toronto and bookend my playing career where it started was incredible,” Spezza said in a statement released by the Maple Leafs.

“To the fans – in Ottawa, Dallas, Toronto and across the league – your impact on the game is immeasurable. I’ll never be able to replicate that feeling of stepping onto the ice to the roar of the crowd, but it is something I’ll always remember. Thank you.”

Jason Spezza announced today his retirement from the NHL after 19 seasons. He will be joining the Maple Leafs’ front office effective immediately. <a href=”https://twitter.com/hashtag/LeafsForever?src=hash&amp;ref_src=twsrc%5Etfw”>#LeafsForever</a>

Spezza was selected second overall by the Senators in the 2001 NHL Draft.

“It is difficult to describe just how much of a lasting and positive impact that Jason Spezza made in his three seasons with the Maple Leafs,” Dubas said.

“Though today marks the end of his tenure with us as a player, it is a pleasure to have him join our front office to impart all that he has to offer.”