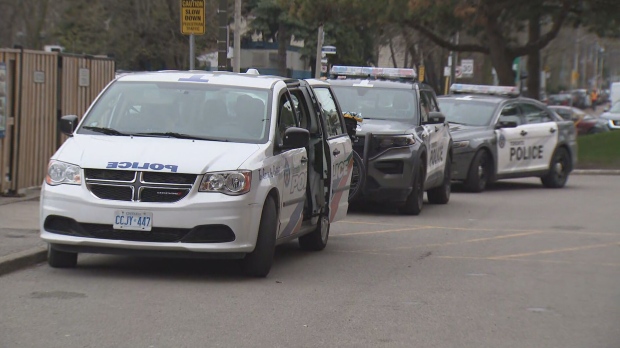 TORONTO — The province’s police watchdog is investigating after a police-involved shooting left a man with serious injuries in Toronto’s Moss Park neighbourhood on Tuesday morning.

At around 8:50 a.m., Toronto police officers responded to reports of a man with a knife at a residential building at 275 Shuter Street, near Sherbourne Street.

After attempting to de-escalate the situation, an officer discharged his gun and the man was struck, police said.

“An interaction took place in the stairwell with one other tenant and as a result of the interaction the gentleman has been transported to the hospital and the SIU mandate has been invoked,” Deputy Chief Peter Yuen told CP24 at the scene.

The man was rushed to hospital in serious condition, according to Toronto paramedics.

Two officers were also taken to hospital in unknown condition as per protocol, police said.

The Special Investigations Unit is attending the scene to investigate.

The SIU investigates incidents involving police and civilians that have resulted in serious injury, death or allegations of sexual assault.

This is a developing news story.