TORONTO — A man is dead and a woman is seriously injured after being shot at while in a vehicle in Scarborough overnight, Toronto police say.

At around 1:15 a.m., police responded to reports of a shooting near Lawrence Avenue East and Scarborough Golf Club Road.

When officers arrived on scene they located a vehicle with two people inside.

The man was pronounced dead at the scene and the woman, in her 20s, was taken to a trauma centre with serious but non-life threatening injuries, paramedics said.

“There seem to be some casings there, the exact number I don’t know, but yeah this scene is traumatic in a sense that there were a lot of rounds fired…,” Musah said. 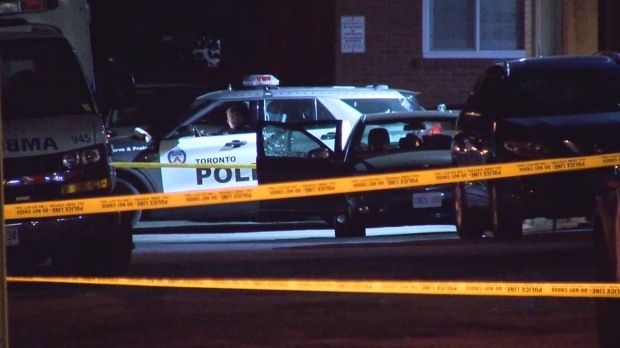 No details about suspects have been released.

The homicide unit has been notified and is attending the scene.

Anyone with information or dash cam video of the area is asked to contact police.

“This incident isn’t normal to this area so I’m sure that it gathered a lot of people looking out their windows and we’re hoping those people contact 43 Division,” Musah said.

The area is closed off as police investigate but there are no other road closures along Lawrence Avenue.