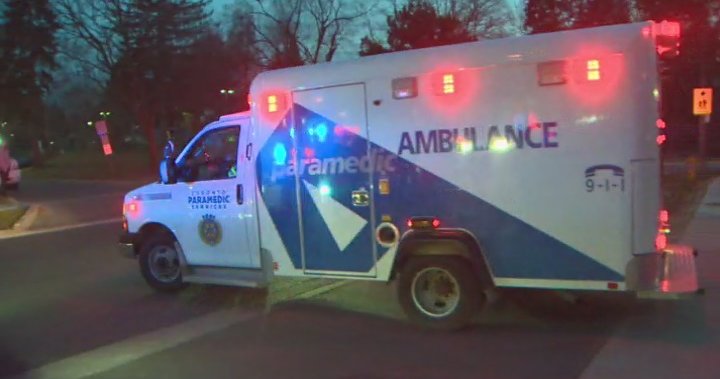 A man has died after a stabbing at an apartment building in Toronto’s east end Thursday evening, police say.

Emergency crews were called to the property on Antrim Crescent, west of Kennedy Road and south of Highway 401, just after 7:30 p.m.

A Toronto Paramedics spokesperson told Global News the man was taken to a trauma centre in critical condition.

Read more: An in-depth look at how Toronto’s paramedics work to save victims of gun violence, trauma

However, in an update late Thursday, a Toronto police spokesperson said the man died in hospital.

Officers said two people were taken into custody after the stabbing.

STABBING: (UPDATE)
Kennedy Rd & Antrim Cres
– police o/s
– a male victim in his 40’s has succumbed to his injuries, and was pronounced deceased at the hospital
– @TPSHomicide has taken carriage of the investigation
– further info to come from our homicide unit#GO646518
^al