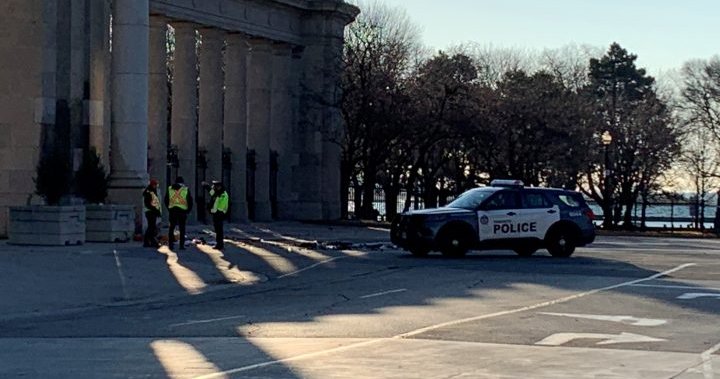 Toronto police say a man is dead after a single-vehicle crash at the city’s Exhibition Place early Sunday.

Police said they were called to the scene at the Princes’ Gates at 4:19 a.m.

Officers said a vehicle was travelling at a high speed and struck the gates.

The driver, a man in his late 20s, was pronounced dead at the scene.

No other injuries were reported.

Police are investigating what led to the crash.