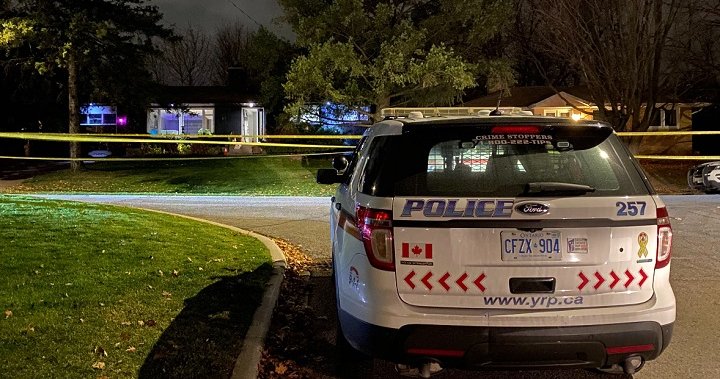 York Regional Police say a man has died after a shooting in Richmond Hill Friday evening.

A spokesperson told Global News emergency crews were called to a residential property on Leisure Lane, northeast of Bathurst Street and Major MacKenzie Drive West, at around 6:20 p.m.

The spokesperson said the male victim was found outside of a home. He was taken to hospital where he later died.

The circumstances leading up to the shooting weren’t clear as of Friday night.

Officers were still trying to identify the man Friday night.

HOMICIDE – Investigation underway after a man was found suffering from gunshot wounds on Leisure Lane, Richmond Hill. He was later pronounced at hospital. We are appealing for witnesses, anyone with video surveillance or dash cam to call 866-876-5423 x7865. pic.twitter.com/YW2Ia4Suxl