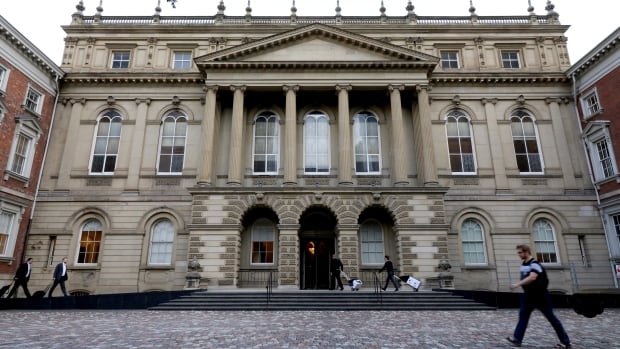 A man charged in connection with a hit and run in Scarborough that left a 56-year-old woman dead in 2016, has been acquitted.

Police said Saeed Moravvej Torbati was behind the wheel of a black Mercedes-Benz that struck and killed the woman at the intersection of Markham and Nashdene roads at around 9:45 p.m. on Thursday, March 31, 2016.

Investigators said at the time the man driving the Mercedes stopped his vehicle after hitting the woman and exited the car for a short time. After that, police say the man got back into his car and fled the scene.

Torbati subsequently turned himself in to police and was charged with the following two offences:

In a ruling on Wednesday, Ontario Superior Court of Justice Judge J. Himel, found Torbati not guilty on the first offence, and guilty of the second.

Himel said the Crown failed to prove the necessary intent for the offence of fail to remain beyond a reasonable doubt.

The judge believed the defence’s position that Torbati was suffering from PTSD, and seeing the women he struck reminded him of the death of his father in a car crash in Iran at the age of 13.

“Accordingly, Mr. Torbati is found not guilty of this charge,” Justice Himel wrote in the ruling.

On the second charge, the judge said the defence failed to raise a reasonable doubt and Torbati was found guilty of the offence of breach of a condition of an undertaking.