TORONTO — NDP leader Andrea Horwath has blasted Premier Doug Ford over the government’s plan to reopening the province as experts warn it could spark a third wave of COVID-19 that will lead to yet another lockdown.

Horwath pressed Ford about why the government is choosing to reopen the economy during Question Period on Tuesday at Queen’s Park.

The comments come on the same day that 27 Ontario regions transitioned into the colour-coded reopening framework, which allows for some non-essential businesses to begin operating again.

Ford has continuously defended the government’s plan to restart the economy, saying that Ontario is not reopening and that this is only a transition period.

“We’re making the transition slowly,” Ford said. “By no means are we re-opening things up wide open like we did back in September. We’re going to be cautious.”

Horwath said she doesn’t agree Ontario should be opening at all and added that Ford’s plan is about “transitioning into a disaster.”

“My question is, when the premier is receiving warnings from the Ontario Medical Association, from health experts, that are crystal clear that they oppose this reopening, why is the premier ignoring them?”

Over the past week, infectious disease experts have warned that with Ontario students returning to in-person learning and some non-essential businesses now reopening, the province could be headed toward a third wave of COVID-19 by April.

“I think it’s a little bit dangerous quite frankly to be reopening schools and reopening businesses at any capacity,” infectious disease specialist Dr. Abdu Sharkawy told CTV News on Monday. “I just think we need to wait a little longer.” 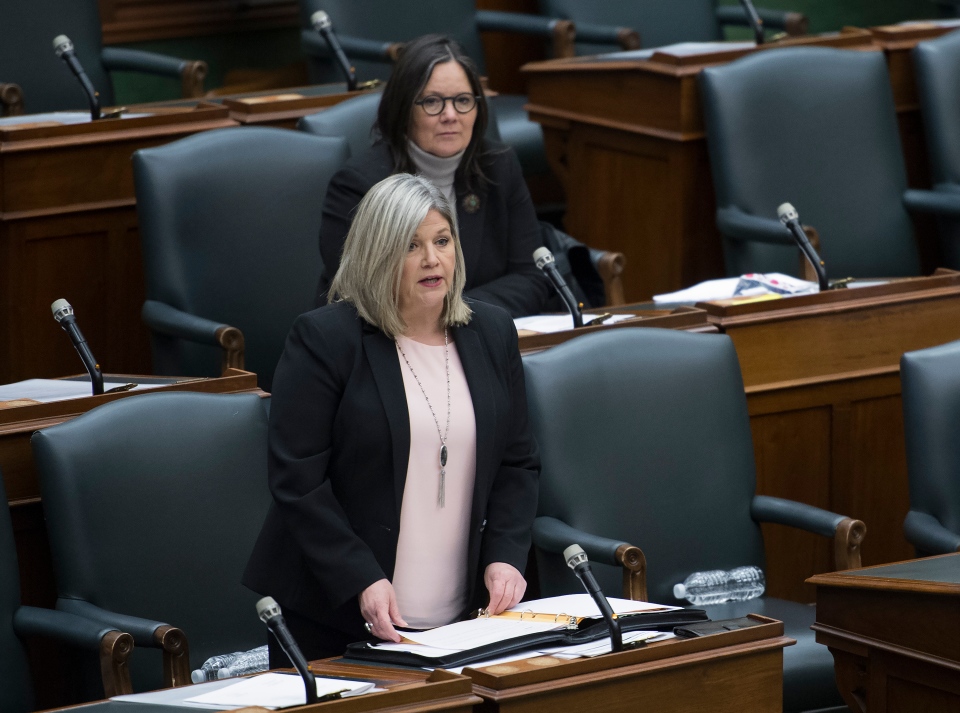 Colin Furness, an expert in infectiousdisease epidemiology from the University of Toronto, said last week that he believes reopening when the super-contagious COVID-19 variants are spreading will lead to an ugly third wave of the disease.

“I am really nervous about reopening in the middle of winter,” Furness said.

Furness pointed to the deadly COVID-19 outbreak at Roberta Place, a retirement home in Barrie, Ont., where the B.1.1.7 variant spread rapidly through the facility, as evidence of how dangerous the strain can be.

Health officials confirmed that the variant played a role in how quickly the disease spread between staff and residents, which ultimately lead to the deaths of at least 69 people.

“If you also look at what happened in Ireland, the U.K., the curves are prettyclear,” Furness said. “What seemed safe enough, ended up not being safe enough and that it (the U.K. variant) spread really rapidly … It’s anywhere from 35 to 60 per cent more transmissible. That’s a lot.”

Furness said he believes that sometime around April, Ontario’s case numbers will rise high enough that the province will need to close schools and go into lockdown once again. But he said the summer could be better for Ontarians.

Toronto, York Region, Peel Region, and North Bay are the only regions in the province where a stay-at-home order remains in effect. The order expires on Feb. 22 and it is expected at that point the regions will also join the colour-coded framework.