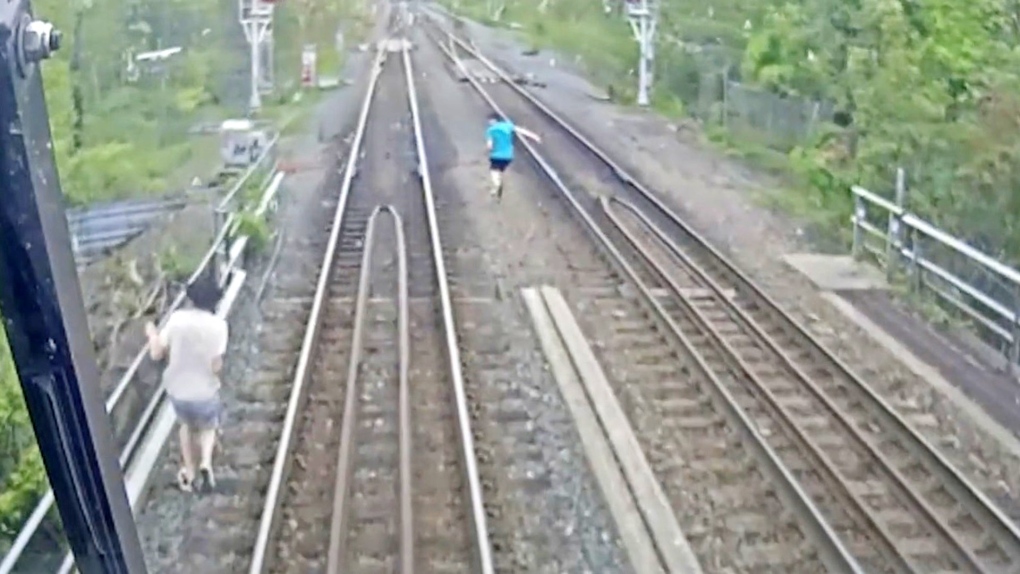 Metrolinx has released a video of three young people narrowly avoiding being hit by a GO train to reinforce the dangers of walking on railway tracks.

The surveillance video, shot from the front of a GO train, shows one person standing on adjacent tracks while two others run in front of the train.

One of the runners crosses directly in front of the train before throwing themselves against a railing, narrowly dodging being hit.

The other runner veers off on to the adjacent tracks as the train passes by.

Metrolinx says the incident happened on May 20.

The Crown agency says the video is of the Humber River overpass in Etobicoke, south of Highway 401 at Weston Road.

No one was injured in the incident, but Metrolinx notes that 100 Canadians are seriously injured or killed every year as the result of railway crossing or trespassing incidents.

This report by The Canadian Press was first published May 30, 2022.