A Halton Region police officer is facing criminal charges in connection with an “interaction” between four officers and male reportedly found loitering in Oakville, Ont. in April 2020.

The service confirmed to CBC News that the charges stem from an incident captured on camera last spring that appeared to show an officer pushing and hitting a youth at a strip plaza in the Third Line and Dundas Street West area.

Video of the incident surfaced online through the popular Toronto Instagram account “6buzztv” last June, with Oakville’s mayor condemning the officer’s behaviour as “unprofessional and undisciplined.”

Const. Jason Mathers has been charged with assault with a weapon and mischief under $5,000 following an independent external investigation, the Halton Regional Police Service said in a news release Tuesday.

Police were called to the area on April 8 for reports of a male loitering in the area, the release said. Soon after, an “interaction ensued.” 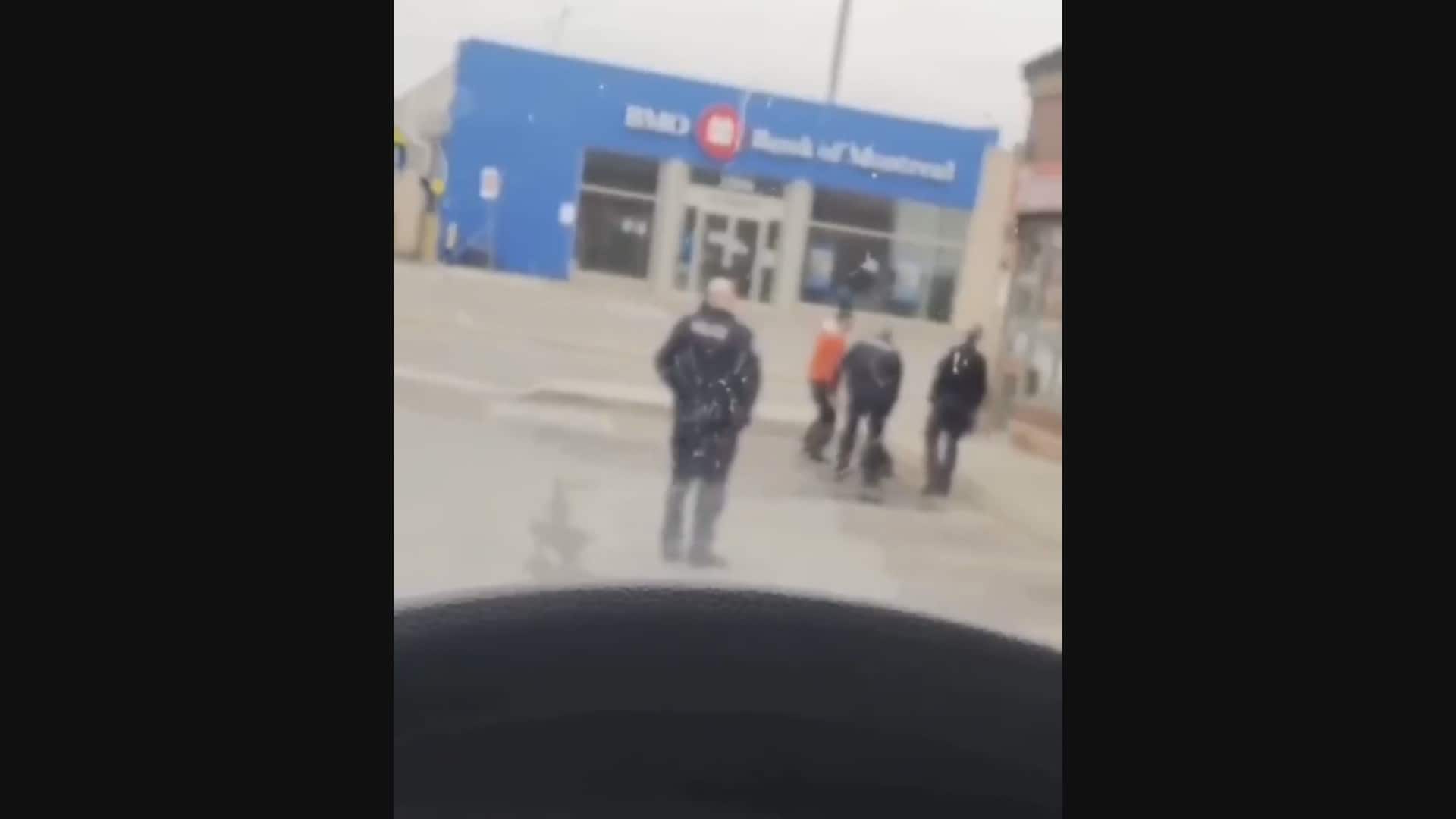 A video posted to the Instagram account 6ixbuzztv on Saturday appears to show an officer hitting and pushing a youth. 0:48

“Immediately upon learning of this incident, the officer who made direct physical contact with the male was suspended from duty with pay, which is the only option available to a police service as prescribed by the Police Services Act (PSA),” the release said.

To ensure transparency, the release says, Chief Stephen Tanner called on the Waterloo Regional Police Service to launch a criminal investigation into the incident.

The other three officers involved have been reassigned to administrative duties pending the outcome of the investigation.

Mathers has been released and is scheduled to appear in court virtually on March 9.

The force will also be conducting an internal disciplinary investigation into all four officers.

“We recognize that the actions of our officers at this incident have the potential to undermine public trust in our Service, and in policing as a whole,” Tanner said in a statement.

“It is of paramount importance that any investigation into the actions of a police officer is not only thorough, but also unbiased, transparent and fair.”