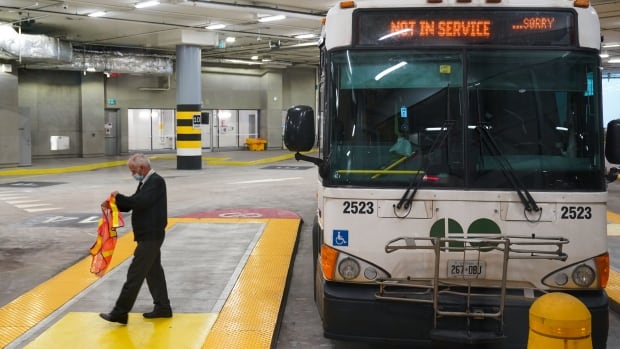 Commuters travelling to and from Toronto’s Union Station may face delays this morning as GO Transit says its bus service at the downtown transit hub is disrupted by a protest.

GO Transit says several routes are affected, and buses are boarding at alternate locations or being rerouted to connect to GO train lines.

The agency says the disruption is due to demonstrators restricting access to the Union Station bus terminal, and service modifications will be in place until the protest ends.

Service at the bus terminal has been affected by recurring protests for more than a week.

Ninety-five workers with the International Brotherhood of Electrical Workers went on strike on April 20 and started on-and-off demonstrations in the days that followed.

They are signals and communication workers as well as train movement directors at Union Station, and have been without a contract since December 2019.