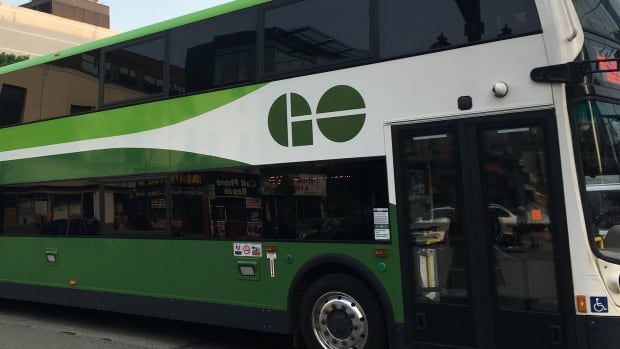 Metrolinx is investigating after a GO bus driver failed a drug and alcohol test Thursday morning.

The provincial transit agency said in a news release that a customer contacted the transit safety unit because she was concerned about the bus operator’s ability to drive.

There were approximately 15 passengers on board at the time. No one was hurt and there was no collision, the agency said.

The driver had picked up customers in Brampton and was removed from service at York Mills Station, before being subjected to testing.

After failing the test, the driver was removed from duty pending further investigation, Metrolinx said.

“Our drivers are extremely dedicated, responsible and trustworthy employees. This is a rare and very disappointing occurrence, which will be fully investigated. We want to assure our customers that every employee has a responsibility to safeguard the trust and safety of the public in attending work fit for duty—without fail,” said Metrolinx CEO Phil Verster.

The agency says the driver had been a GO bus operator since 1989.

In the release, Metrolinx said it introduced a new policy last September, formalizing that all employees report fit for duty, and introduced drug and alcohol testing for employees where an investigation has warranted a need for testing or where there is reason to believe an employee has been using drugs or alcohol.