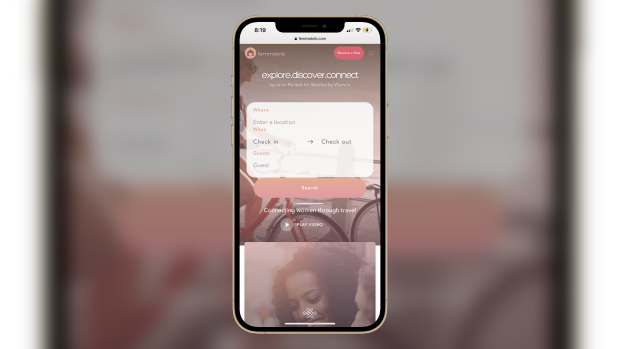 TORONTO — Yaa Birago says she went to Europe for her 30th birthday.

The Toronto woman said he friends bailed last minute and so she went alone. However, things took a turn for the worse when she got to Italy.

“I was sexually harassed in front of my Airbnb apartment. I voiced my concerns to my host and the first thing he said was ‘this happens all the time, nothing will happen to you,’” she said.

Despite the host finding her new accommodation, Birago said she felt uneasy for the rest of her trip. She said her “aha” moment happened when she got back to Toronto and other women shared similar experiences with her.

“I realized this is an issue that actually exists. A lot of women just don’t talk about it,” she said.

That’s when she birthed Femmebnb – which she says is an alternative short-term rental service and community for women, by women.

Her incident happened in Europe, but advocates say there are growing safety concerns with short-term rentals in Toronto as well.

According to a report by the Canadian Centre to End Human Trafficking, some victims of human trafficking indicated the involvement of short-term rental units.

“It becomes extremely difficult for police or even the city to identify who actually are the hosts,” said Thorben Wieditz with Fairbnb, an organization that has been critical of short-term rental consequences in the city,

“There is very little accountability and disclosure involved and that makes it very easy for people to exploit travellers and guests,” he said.

The verification process on Femmebnb is rigorous, said Birago, ranging from government ID, video calls, to proof of property ownership.

“Of course we cannot guarantee safety, but we are trying to maximize as much as possible,” she said.

Meanwhile, the City of Toronto is working to ensure only city-known and valid properties are advertised on short-term rental sites.