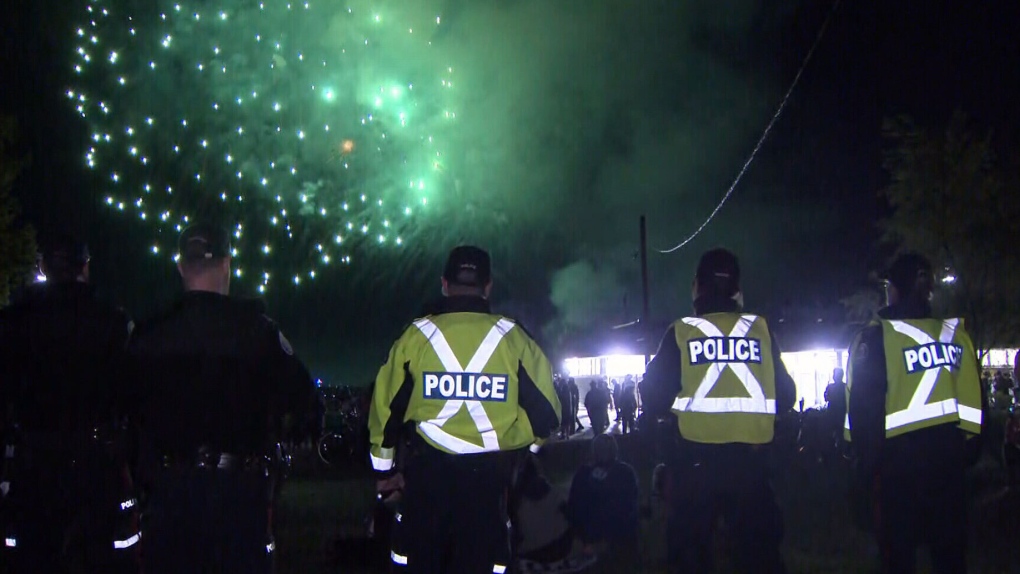 Police have arrested five people following a second violent night along Toronto’s Ashbridges Bay on Monday, which included a teenager aiming fireworks into a crowd of people and the stabbing of a 23-year-old man.

This follows the arrest of 19 people at Woodbine Beach the night before after seven officers were injured, two people were shot, one was stabbed and two others were robbed at gunpoint.

Officers allege that over the course of several hours on Monday night, three people were arrested for setting off fireworks. That included a 19-year-old who allegedly aimed fireworks into a crowd of people. The two others were released unconditionally, according to police.

Police say two people were also arrested on a TTC bus after making threats with a gun, which was later recovered and deemed a replica. One of the individuals was subsequently released with no charge.

An active investigation is underway into the stabbing of a 23-year-old man during an altercation on Monday, but police did not provide details on whether this was in connection to the arrests made.

Investigators are asking anyone who has video footage, images, or witnessed any of the events to call them at 416-808-5504 or anonymously contact Crime Stoppers.