TORONTO — Firefighters are battling a four-alarm blaze at an abandoned building in the city’s west end Sunday evening.

Emergency crews were called to the area of Dundas Street West and Sterling Road around 6:30 p.m.

When crews arrived, they were met with heavy flames at the back of the building and thick black smoke. 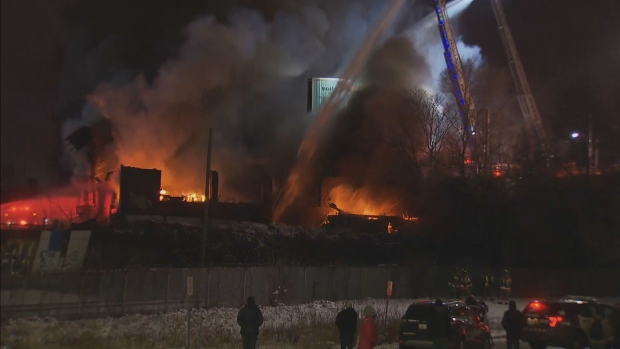 Toronto Fire said the ceiling of the building appeared to have collapsed.

There are no reported injuries at this time.

The fire has affected services on the UP Express and the GO Barrie line as the building is located between train tracks.