TORONTO — An employee at an electronics store in Markham successfully fought off a robbery suspect at gunpoint Thursday.

Thanushan Vanniyasingam said he was working at Best Mobilez near Markham Road and Steeles Avenue when a masked man entered the store at around 1:30 p.m.

“Then he put the gun on my head and asked ‘where’s the money?’” Vanniyasingam told CTV News Toronto .

Vanniyasingam said he was shocked, but didn’t tell the suspect anything. Moments later, the suspect opened a nearby cupboard and took Vanniyasingam’s wallet as well as three or four cell phones. 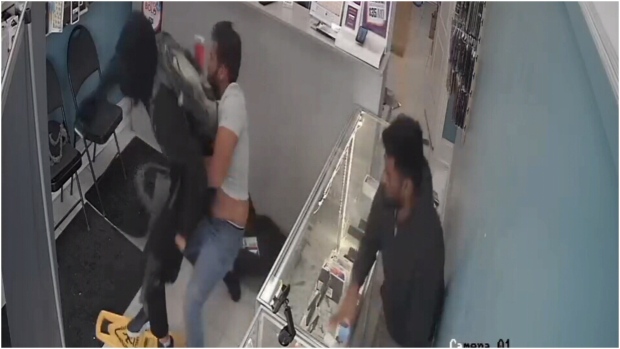 Eventually, the scuffle made its way outside the electronics store and onto the sidewalk of the Markham plaza. Patrons of the barbershop next door heard the commotion and came out to assist Vanniyasingam.

One witness who filmed a portion of the encounter said he too became involved in the scuffle when the suspect bit him. Police arrived shortly afterwards and arrested the suspect. 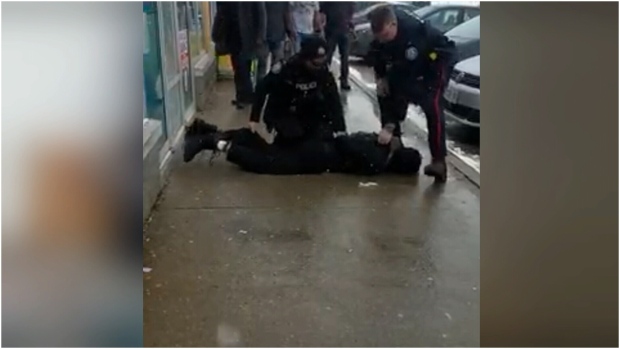 The incident left Vanniyasingam with a large gash in his head, which was later stapled shut.

The owner of Best Mobilez said he sent Vanniyasingam home for the rest of the day following the incident. He added that he will be discussing a reward with Vanniyasingam for his actions.

It should be noted that police never encourage citizens to confront a suspect, especially one that is armed.