A Ukrainian family forced to immigrate to Canada in late May is desperately searching for housing in Toronto as their free hotel accommodations are set to end Friday.

In a written and translated statement to CTV News Toronto, highschool student Oleksandr Lebedyuk said his family hails from the Obolon district of Kyiv.

“I studied at the 93rd Kyiv Specialized School with an English orientation,” he said. “My father and I moved [there] from the Odessa region after the New Year.”

On the morning of Feb. 24, Lebedyuk was scheduled to attend a physiotherapy appointment at a local hospital, but instead he recalled his home was rocked by explosions the night before.

“At night, we woke up and were told to go down to the basement,” he said. “Explosions were heard.”

Lebedyuk’s sister, at the time studying at the Yaroslav Mudryi National Law University in Kharkov, was unable to leave the city and took refuge in an acquaintance’s basement. There, Lebedyuk said she remained for 11 days until supplies ran out. Once shelling decreased, Lebedyuk said she was able to board a train back to Kyiv and reunite with her family. 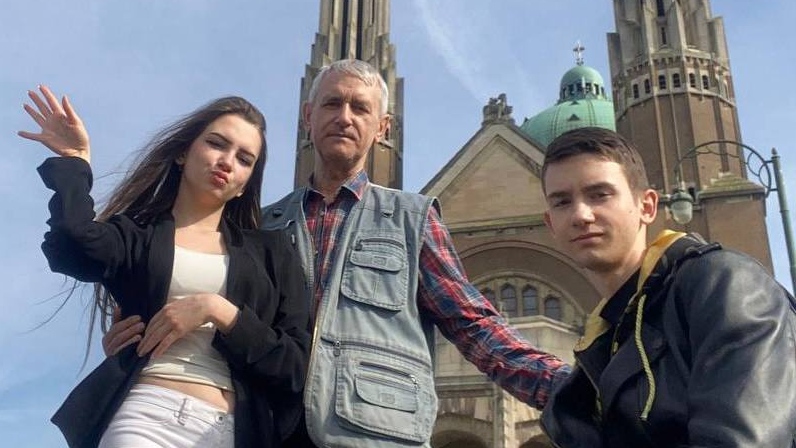 Lebedyuk, along with his sister and father, drove 10 hours to Lviv, where they boarded an evacuation train across the Polish border, he said.

“Arriving in Poland, we were impressed by their hospitality, where camps for refugees from Ukraine were organized,” he said. “[We were] given basic necessities and more.”

However, with Poland facing an influx of refugees, Lebedyuk said his family decided to continue their journey and emigrate to Canada, staying briefly in Belgium on the way.

“We decided to immigrate to Canada because we knew that Canada has the strongest Ukrainian diaspora,” he said. “And, on the news, we heard that Canada has always supported Ukraine.”

However, when the Lebedyuk family arrived in Toronto, they were met with “reality,” he said – the motel they were set up in upon arrival, Avenue Motel located at 1060 Dundas Street East in Mississauga, could only house them free of charge for two weeks. After that, they would need to organize their own housing, Lebedyuk explained.

In April, the Canadian government announced a series of measures intended to make it easier for Ukrainians fleeing war to come to Canada. These included targetted chartered flights, two weeks of free accomodation upon arrival and short-term income support, among others.

Lebedyuk says he and his father have been job hunting, but without an address, they have found the search challenging.

“Without [an] address to indicate in various job applications, it is impossible [to get hired].” he said. “We need housing.”

“It seems paradoxical that Canada has stated it will accept an unlimited number of Ukrainians, [while] at the same time, Poland is several times economically weaker than Canada and has already accepted millions of refugees with no Ukrainians left on the street,.” he said.

Lebedyuk said his family has been in touch with Canadian Ukrainian Immigrant Aid Society, who helped them to extend their initial stay a few days longer. Now, the family can remain in their motel until Friday, they said.

In the meantime, Lebedyuk and his father have taken to the streets of Toronto, taping up signs that read, “Ukraine family. We need housing,” wherever they can.

“So far, we have a positive view of Canada,” he said, “but we really need housing.” 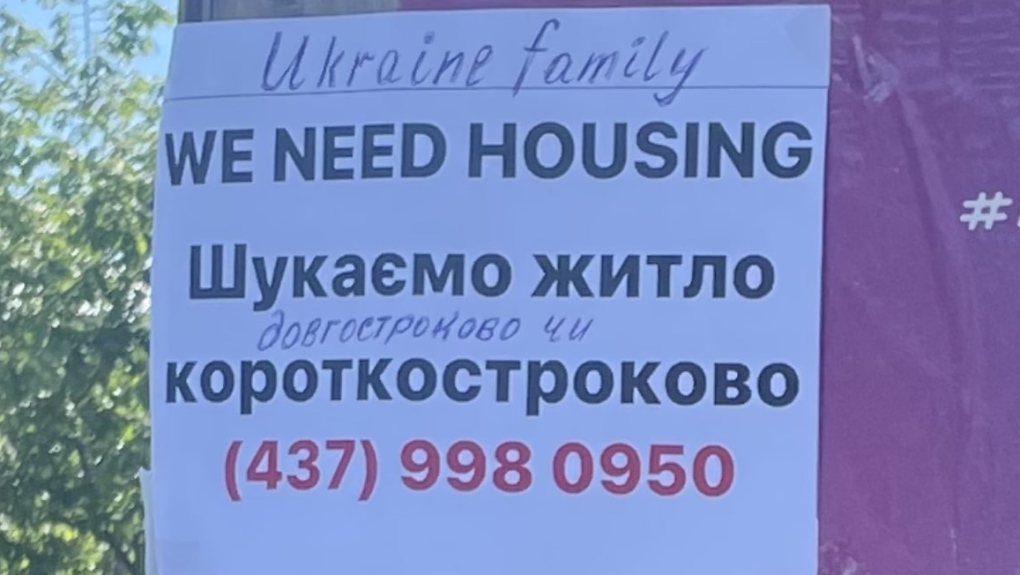